A Day in the Life of a YPC Japan Chorister 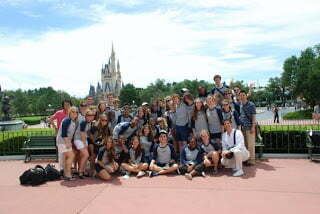 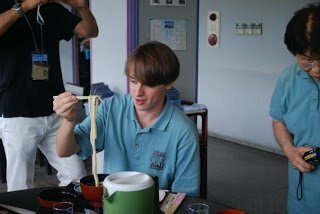 “Today, July 31st, has been an interesting day thus far: the chorus woke up, had breakfast and immediately scrambled to the Shinkansen station still full of breakfast to buy lunches and hop on our train. The interesting part has hardly begun. We still have two hours on the bullet train, two more hours on a commuter train, then once we arrive at the concert, a two hour rehearsal and a concert. All in a day’s work for YPC, music and cultural ambassadors of the US!

In Tokyo, we enjoyed a day off and had a rather exciting time at the world famous Tokyo Disneyland! I wish we had had another day to actually see the square in which “Lost in Translation” was filmed and so many other films like it. But thinking back on the past few days, because it seems as though no one has written in a while, the trip has been difficult at times but often very relaxing. Francisco has often mentioned that we should be in a sort of “artist mode” from two hours before we enter the hall until we leave to head back to our beds to prepare for whatever day awaits us in the morning. However, I have found that a small percentage of our time is actually spent preparing for concerts between all the other things we are doing on this tour. It is really more like relaxing with a side of performing, instead of the other way around!

Personally, I could not have asked for a more wonderful trip thus far. The food has been even better than I expected, the living situations have been relaxing and comfortable. And as is common when one spends a lot of time with a group of people, you learn things about them that you would not have had you remained beneath the New York stars. My appreciation for this chorus grows as we travel now to our 8th city in Japan. It will be difficult for me to leave them behind as I travel to the west coast, but I know I will see them again. Until next time!”