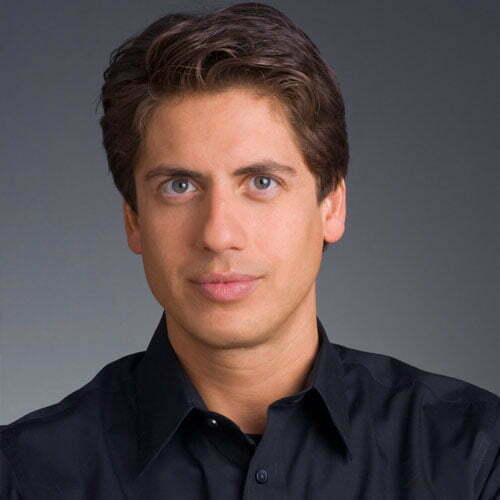 Francisco J. Núñez, a MacArthur Fellow and Musical America’s 2018 Educator of the Year, is a composer, conductor, visionary, leading figure in music education, and the Artistic Director/Founder of the Young People’s Chorus of New York (YPC), renowned worldwide for its diversity and artistic excellence. Since he founded YPC in 1988, Mr. Núñez has established recognition among composers of the child’s voice as a significant instrument for making music.

He also leads the University Glee Club of New York City, its fifth conductor since the all-men’s chorus was established in 1894 and from 2003 to 2010 was the director of choral activities at New York University. He is widely sought after not only as a guest conductor by professional orchestras, chamber ensembles, and as a master teacher and advisor for choral workshops, demonstrations, and festivals worldwide, but also as a keynote speaker as a leading authority on the role of music in achieving equality and diversity among children in today’s society.

Since 2015, when he conducted the U.S. debut of American Young Voices (AYV) in Newark’s 19,000-seat Prudential Center, Mr. Núñez has been the principal conductor of this music education phenomenon. Each year—in collaboration with the National Association for Music Education (NAfME)—AYV brings together thousands of schoolchildren to sing—and dance—as one ensemble in huge stadiums in the Northeast. Initially born in the U.K. over two decades ago as Young Voices, this transformative program continues to inspire a lifelong love of music among the singers in their homes, schools, and communities, and to date has reached millions of schoolchildren in some of the largest arenas in England, Ireland, Germany, Trinidad/Tobago, South Africa, and now, the USA.

Francisco Núñez’s early years contributed to his passion for providing children with a path to fulfilling their life’s potential. He grew up in close-knit Dominican family in New York City’s Washington Heights. As a piano prodigy, he spent his time away from school at home practicing piano. Through his musical talent, he met other children with the same interests in music but from different cultural and economic environments. He learned from them, and they learned from him. After he graduated from NYU as a piano performance major, he formed the Young People’s Chorus of New York City, bringing children from underserved neighborhoods together with children from more privileged circumstances. With music as the equalizer, the diversity in the group resulted in new vocal colors and a confident urban style, creating not only a vibrant new choral sound, but also an avenue for children to succeed.

Mr. Núñez has greatly extended and invigorated the repertoire for young voices by commissioning well over 100 pieces of music from many of today’s most distinguished established and emerging composers, greatly contributing to the ever-evolving fabric of music in the 21st century.  As a composer himself, Mr.  Núñez wrote his first choral work, Misa Pequeña, at age 15, winning early acclaim for seamlessly fusing a wide gamut of cultures and musical idioms.  Today, he composes countless compositions and arrangements in all musical formats and styles, from classical to pop, commissioned from him for choirs, orchestras, and solo instruments.

At YPC, which benefits children musically, socially, and academically, Mr. Núñez established a College Bound program for YPC’s after-school choristers, which provides workshops, subject tutoring, and other support to enable all YPC graduates to go on to higher education. He has also been a representative in New York State Blue Ribbon Commission on the Arts discussions on pathways to graduation through the arts.

To advance and expand the instructional methods that have been so successful with YPC choristers, Mr. Núñez created a conducting fellowship program, which provides young conductors with the unique opportunity to work hands on with all YPC choral divisions under the mentorship of himself and YPC’s Associate Artistic Director Elizabeth Núñez.

Most recently, Mr. Núñez launched YPC National, in response to requests for guidance, training, and assistance from choruses across the country and the Caribbean inspired by the YPC model. This past summer YPC held its first YPC National Lab and Studio training sessions for chorus members, conductors, and teachers in Santo Domingo followed by a week-long residency at Lee University in Cleveland, Tennessee. The weeks’ events culminated in concerts featuring the debut of Concinamus, the combined ensemble of YPC National singers. A particular highlight of the Concinamus program was the world premiere of the first two compositions in the YPC National Works catalogue, commissioned from composers Bruce Adolphe and Jim Papoulis.

Among Mr. Núñez’s many awards and honors are an ASCAP Victor Herbert Award and the New York Choral Society’s Choral Excellence Award. Hispanic Businessmagazine named him one of 100 Most Influential Hispanics, ABC-TV named him as a “Person of the Week, and Fox News profiled him “for “changing young lives with music.” Musical America Worldwide named him among 30 “Influencers” for his contributions to the music industry; Bang on a Can presented him with its Visionary Award for making the commissioning of new music a key part of the YPC mission; NYU Steinhardt honored him with its Distinguished Alumnus Achievement Award; and both Ithaca College and Gettysburg College have presented him with honorary Doctor of Music degrees.