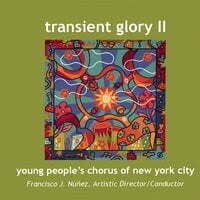 Our Latest Review by Audiophile Audition:
April 9, 2008
A Children’s Chorus, but don’t touch that dial!
Don’t let the fact that this is a young person’s chorus turn you off to this remarkable recital. As you can see in the heading, the composer list is quite formidable, and this album contains some incredible music that is rendered with love and highly competent execution. Judith Weir’s Little Tree trilogy contains some breathtakingly beautiful music, while some other pieces, like Kevin James’s NYC Playground are far grittier and realistic in their depictions of contemporary life through the eyes and ears of children. Benjamin Lees taps into the child (and adult) psyche by talking us through the Nervous Family, where the sounds and syllables of the texts are mimicked to outlandish effect in the music as well.
These are just a few of the highlights on a disc that has nothing but highlights. The recorded sound is very clear and concise; perhaps just a little stuffy – would have benefited from some more ambiance, even though the recording was made at the 92nd Y in New York City. This ensemble has been around since 1988 and is one of the finest of its kind anywhere in the world, also the resident choir of the “Y” and of WNYC, New York’s top public radio station. Conductor Francisco J. Nunez has done an amazing job with the 61-member ensemble, and this disc is so far one of my top picks of the year. I cannot tell you how surprised I am by that. — Steven Ritter
Transient Glory II
WEIR: Little tree; I carry your heart with me; now is a ship;
MACHOVER: I Dreamt a Dream
BURGON: Shirtless Stephen (and the Children’s Crusade)
VIGELAND: Miracles
SHENG: The Boatmen’s Song
LEES: The Nervous Family
PAPOULIS: Panta Rhei
JAMES: NYC Playground
NYMAN: A Child’s View of Color
ARGENTO: Orpheus
DEL TREDICI: Four Heartfelt Anthems
John Holden, piano/ Perspectives Ensemble/ Extension Ensemble/
Young People’s Chorus of New York City
Francisco J. Nunez, conductor
Vital Records VR2017 (www.ypc.org), 77:36