A very busy summer for YPC

The Young People’s Chorus of New York City’s choristers and staff have begun a whirlwind of activity that will continue throughout the summer. They returned from Finland in June, and now 80 YPC choristers leave for Barcelona, Spain.

YPC’s first stop in Barcelona will be a performance at the world famous Palau de la Musica Catalana, listed as a “World Heritage Site” by UNESCO. Next, YPC will participate in the Festival Internacional de Música de Cantonigròs, an international festival with performances and competitions with other choruses from all over the world.

YPC, representing the Americas, along with the Indonesian Children and Youth Choir, representing Asia, and Finland’s Vox Aurea Children’s Choir, representing Europe, were invited to participate in the renowned IFCM Songbridge Gala hosted by the Tampere Vocal Music Festival in Finland. Songbridge Artistic Directors Kari Ala-Pollanen, and Sanna Valvanne worked tirelessly with the choruses to be sure the festival was enjoyed by all who attended. YPC’s program featured the world premiere of “To Sing” a piece YPC commissioned on the festival’s theme of “Freedom” from YPC composer-in-residence Michael Gordon, who introduced the piece to the delighted audience. The children from three different parts of the world made lifelong friends and beautiful music together. Listen to the audio broadcast of the entire Songbridge performance.

All 400 chorus members took to the stage for YPC’s Spring Concert at the 92nd Street Y to perform for families, friends, and fans in two exciting sold-out performances and a congratulatory farewell to 30 YPC choristers who just graduated from high school, and are all going on to college this fall.


YPC at Chorus America in LA

The conference of workshops and performances for and by choruses from all over the country closed with a colossal BIG SING, a free sing-along hosted by the Los Angeles Master Chorale in Downtown Los Angeles, where LAMC Artistic Director Grant Gershon, along with Eric Whitacre, Rollo Dilworth, Moira Smiley and Francisco Núñez, conducted hundreds of men, women and children from the Los Angeles community in a joyous afternoon of song. 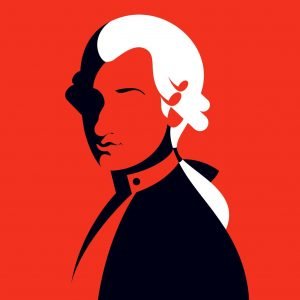 The summer is far from over. Stay tuned for many more YPC performances, such as our Mostly Mozart debut on July 25 and 26.

Learn more and get tickets >