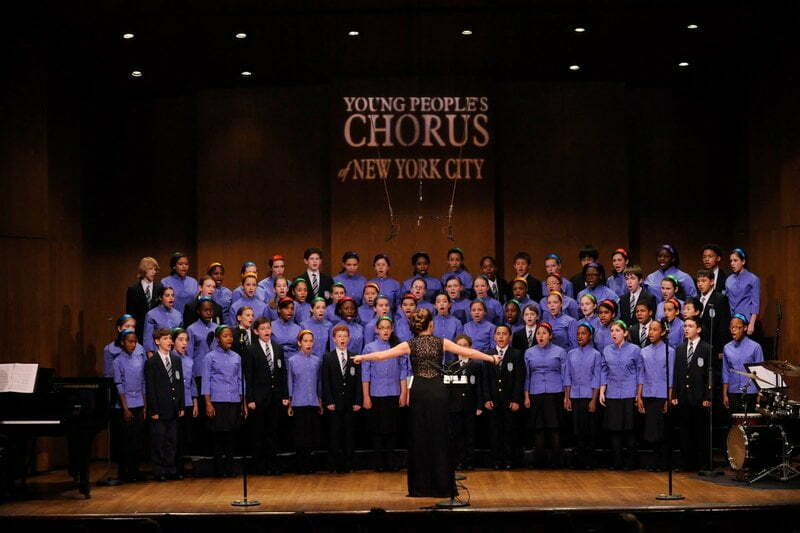 In the past week, the Young People’s Chorus of New York City™performed at the Metropolitan Opera House with American Ballet Theatre, 92nd Street Y in YPC’s Annual Spring Celebration, and at La Sociedad Coral Latinoamericana’s Third Annual Chorus Concert in Washington Heights. In addition, they held two recording sessions for their upcoming cd, and received the Chorus America/ASCAP Award for Adventurous Programming.

The YPC’s “Spring Celebration: A Family Concert” was held on Saturday, June 12, at the 92nd Street Y where all five divisions performed. It contained not only a preview of the repertoire that will be performed this summer on tours to Wales and Japan, but also included three world premieres: Tembandumba, a YPC commission from the famous Cuban composer and renowned jazz artist Paquito D’Rivera, and two world premieres from New York City composer Thomas Cabaniss: Bright is the Ring of Words and A Lad That is Gone. 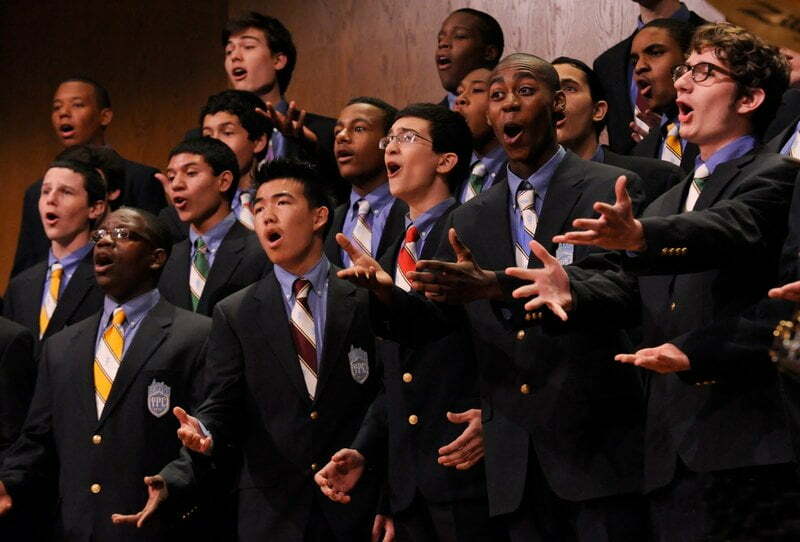 That same evening a group of choristers left the 92nd Street Y after their performance and went straight to the Metropolitan Opera House to perform in American Ballet Theatre’s performance of “The Dream” with music by Felix Mendelssohn. The YPC will be in six performances as part of ABT’s 70th Anniversary Season. The following day YPC made their debut at La Sociedad Coral Latinoamericana’s Third Annual Chorus Concert in Washington Heights. Members of Chorale performed along with three other choirs in this spirited concert that recognized Hernando Merchand, who developed the Santa Rosa of Lima’s Grupo Coral America. 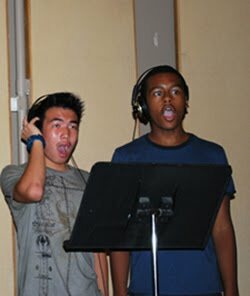 From there the YPC headed into the recording studio for intense sessions which will be part of a new YPC cd to be released this summer. The recording was held at the historic Clinton Studios in one of the last sessions before the venue closes its doors permanently. YPC recorded in the same studio as such reknowned artists as Frank Sinatra, Bob Dylan, Yo Yo Ma, and Placido Domingo. 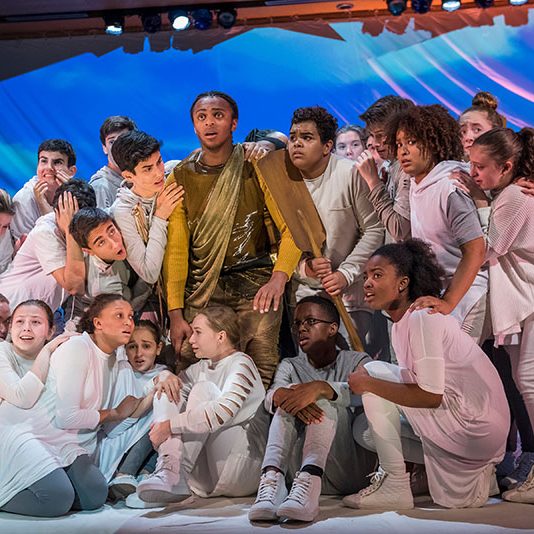