‘It’s almost as if nothing has changed,’ Reynoso sang in a video. ‘Everything looks the same, so why am I so out of place.’

The lyrics that the Syracuse University Class of 2020 alumna performed are from her original song ‘Grown,’ which she wrote for the ‘Just Songs’ series. The project organized by the Young People’s Chorus of New York City includes a total of eight composers who each created a song inspired by social equity issues.”

Reynoso and the other artists released acoustic versions of their original songs on the Young People’s Chorus website and on their social media accounts. After the holiday season, the chorus’s youngest group of choristers, who are in grades three through eight, will sing the songs, said founder and artistic director Francisco Núñez

‘The idea of just a song is the idea of being just in the world — finding out a message of equality, equity, diversity, justice, where do we stand as people,’ Francisco said. ‘Especially in the light of not only the pandemic, but all of the racial reckoning that we’re going through.’

When Francisco created the ‘Just Songs’ series, Reynoso was the first person he called because of her connection to the chorus, he said. Francisco has known Reynoso ever since she joined the Young People’s Chorus after-school program 10 years ago.

Before she graduated from SU last spring, Reynoso was in the advanced treble division at the chorus. Reynoso credits where she is today to the program because it was her first outlet to sing constantly.

‘It gave me a lot of opportunities growing up from getting to perform in so many places not only across the city but internationally, too,’ Reynoso said. ‘And just having that constant source to sing really fueled me to continue wanting to do that, and I think that that is owed to them.’

After hanging up the phone with Francisco about the ‘Just Songs’ project, writing ‘Grown’ came naturally to Reynoso. The song is inspired by the feeling of growing up and looking back on how things and people have changed over time.

Elizabeth Núñez, the chorus’s associate artistic director, met Reynoso when she was taking part in the after-school program in elementary school. The song embodies the way young people look at growing up, Elizabeth said.

‘I really appreciate the wistful nature of it,’ Elizabeth said. ‘I think it really captures this moment in time where you’re not really quite grown but you are more grown than you were and you’re looking back at who you were as a child and saying, ‘Would that little child be proud of who I became?’’

Reynoso has been working at Playa Betty’s restaurant on the Upper West Side in New York City during the pandemic while also continuing to write her own original music in addition to ‘Grown.’ On Friday, Reynoso released her single ‘Rent-Free’ on all streaming platforms.

Having two performances — the acoustic version and the arrangement that the choristers will sing — is a ‘big deal’ for an emerging artist like Reynoso, Francisco said. He said that once the Young People’s Chorus sings it, other children’s choirs are going to want to sing it as well.

For Reynoso, ‘Grown’ is especially relevant right now because the pandemic makes it feel like nothing is changing yet everything has changed so much.

‘It’s a reflection on a transitional time in life and how it’s OK to be feeling this way, and I hope that when people listen to it too that they also know that they’re not alone in this transitional time,’ Reynoso said.

Reynoso has always been a positive person who is very well-liked by everyone at the chorus, Elizabeth said. Throughout the process of creating the ‘Just Songs’ series, Reynoso has been an inspiration and a ‘real anchor’ to the other artists and YPC staff members, Francisco said.

‘Today we’re going through a lot, and there’s a lot of confusion in what we’re doing in society, so it’s just a matter of figuring out how can you make a difference as a young person?’ Francisco said. ‘Young people’s dreams are to become changemakers, and Jordan’s doing it through music, and she’s inspiring the youngest of our society to do good things.’ ”

Read the full article at dailyorange.com 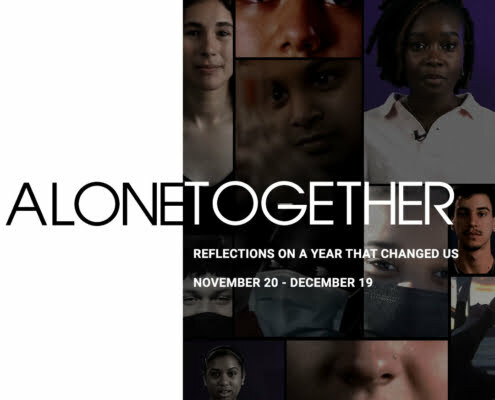 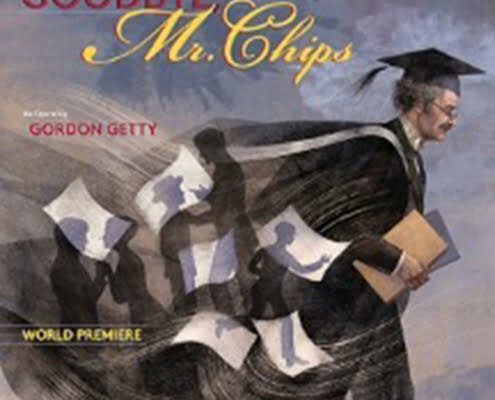 Gordon Getty’s Goodbye, Mr. Chips Will Premier as a Movie