The energy and talents of the children who participate in the School Choruses music education program of the Young People’s Chorus of New York City will be on display at its 16th annual School Choruses celebration concert. Under the direction of Elizabeth Núñez, YPC’s Associate Artistic Director, hundreds of excited children from local schools in Brooklyn, Queens, Manhattan, and Bronx neighborhoods are eager to perform.

Led by their YPC conductors, the children will sing music from many countries and languages drawn from their YPC curriculum. Just a few examples of the musical gems being performed by the children are Tongo, the traditional echo song from Polynesia; Kusimama, in English and Swahili; De Colores, a Mexican folk song; Bare Necessities, a favorite from “The Lion King,” and an “oldie” from the Fabulous Fifties, Rockin’ Robin. As with every YPC performance, both concerts will close with all of the children–and the audience–joining together to sing the YPC anthem, Give Us Hope.

The year-end finale of their in-school music program will take place at the 92nd Street Y and with so many children participating, two concerts are scheduled at 10:15am and 11:45am. 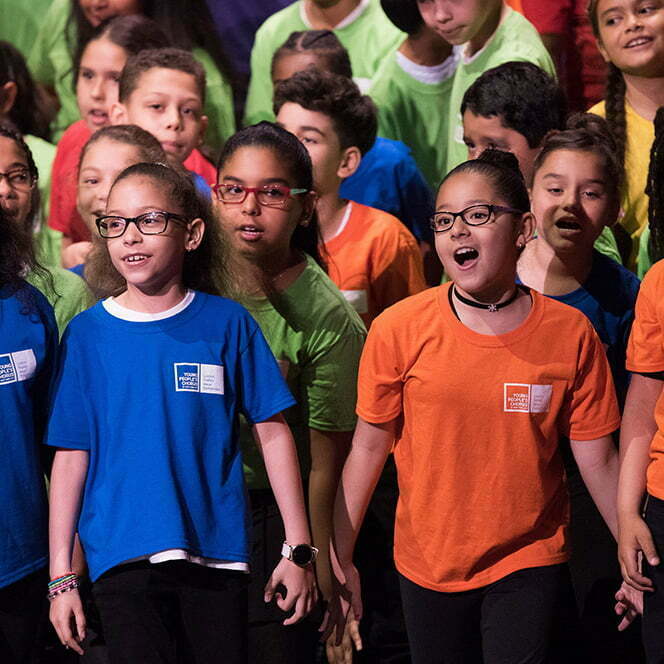