This workshop led by Dr. Janet Galván and Francisco J. Núñez is designed for conductors and teachers who want to explore exciting contemporary compositions and delve deeper into standard repertoire in order to raise the challenge level for their singers.  It is based on the Transient Glory program of the Young People’s Chorus of New York City, which has been acclaimed by The New York Times, and since 2001 has invigorated the repertoire with almost 100 compositions commissioned from many of today’s foremost composers for children and mixed voices. 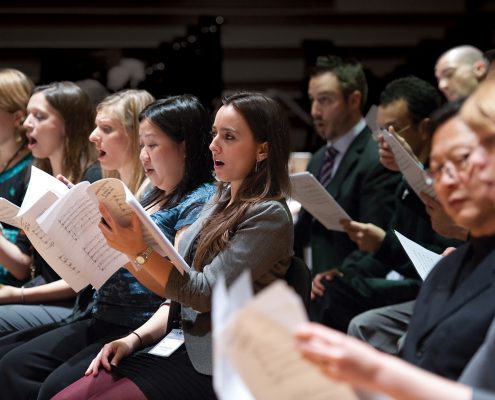