To create art about a pandemic, these musicians teamed up from afar 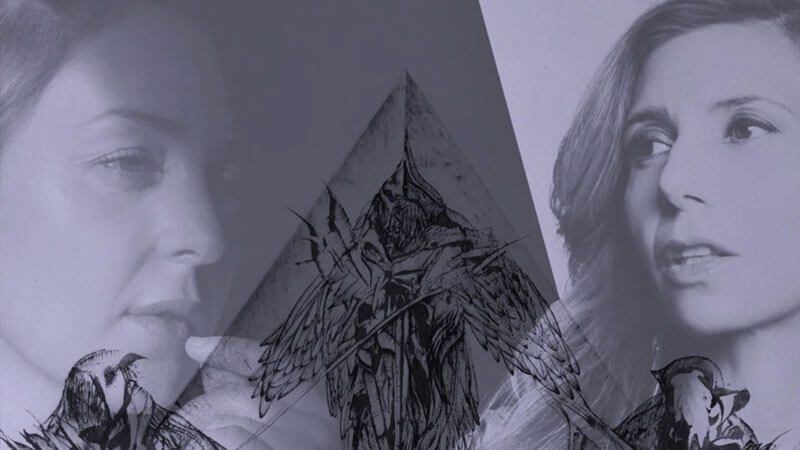 “Two longtime collaborators embraced technology to work together when they couldn’t be together.

This Sunday, a pair of musical collaborators are set to debut a televised performance of an album created during and inspired by the isolation of the coronavirus pandemic.

Composer Paola Prestini, based in New York, and singer-songwriter Magos Herrera, currently in San Miguel de Allende, Mexico, created the album, titled Con Alma, while separated due to virus-related restrictions. And the performance, including live and prerecorded material, will be aired on New York public broadcaster WNET’s All Arts TV channel and website, as well as on Mexican public media. The event is a kind of quarantine-era version of an album release concert and, fittingly, is set to be coordinated via Zoom by a team including director Ashley Tata.

I’ve been involved in some real-life events that are around a new album, a musician’s release of work in real life, so this feels like an online version of that or a broadcast version of that,’ says Tata, who recently won critical acclaim for a live-streamed production of Mad Forest, a Caryl Churchill play set in Romania around the 1989 fall of Communist dictator Nicolae Ceausescu.

The team will be working to mix together the broadcast with Andy Carluccio, whose pandemic-founded company Liminal Entertainment Technologies makes an app called StreamWeaver designed specifically for remote performances. Along with managing the transmission of audio and video feeds for live performances, it handles data protocols used for controlling production technology like light and sound systems. That lets designers and technicians manage equipment at productions even from across the planet.

Production staff working on the broadcast will be able to use StreamWeaver to remotely make adjustments during the show, even though they won’t physically be in Liminal’s D.C.-area studio, says Carluccio: ‘More hands can virtually be in our space to pull this event together.’

[Image: courtesy of Unison Media] Herrera and Prestini have long collaborated on projects, including at the National Sawdust arts venue in Brooklyn, where Prestini is a cofounder and artistic director and Herrera is an artistic adviser. As they began talking about their experiences during the pandemic, they discussed ways to try to capture this strange era musically.

‘Really from there, a very beautiful process of collaboration and talking and themes began to play out,’ Prestini says. ‘The most profound theme is [of] artistic and spiritual communion in times of isolation.’

The album includes works inspired by everything from Rachel Carson’s hugely influential environmental science book Silent Spring to the work of surrealist painter Remedios Varo to the Tree of 40 Fruit, a plant grafted together by artist Sam Van Aken. It also includes interpretations of Mexican and jazz standards, including ‘Con Alma,’ a piece by Dizzy Gillespie whose title translates to ‘with soul.’

The recording was put together with some collaborations also made more challenging by the pandemic: Members of the Young People’s Chorus of New York City, for instance, contributed individual recordings from their phones that were mixed together rather than being able to perform in one space. ‘The engineers on this album really just made wonders,’ Prestini says.

She adds that the whole process was emblematic of the challenges to the artistic world from the ongoing pandemic: ’Choirs are in a way the most hit, and children as well.’

For the broadcast, the production will include crowdsourced recordings of the ‘sound of isolation’ from around the world, more traditional music videos, a Zoom conversation with album contributors, and even live drawings by artist Kevork Mourad. Because the broadcast will include traditional television, there won’t be an internet-enabled chat feature, but tweets from viewers will be incorporated into the broadcast, says director Tata.

‘The words will become a visual design as they’re sent from our live audience,’ she says. ‘We’ll be artistically crafting when they appear and what they look like.’

A tech rehearsal this past weekend had people who will appear during the broadcast call in from where they’d be appearing on Sunday so that Tata and others could verify that their lighting, sound, and bandwidth—which can vary throughout the day—were ready for production. In ordinary times, tech rehearsals often don’t require the presence of all the performers, but during the pandemic, when so much of the technology that needs to be tested is in performers’ own spaces, the situation is different, Tata says.

Collaborating with others on the album was at times similarly challenging, with Herrera explaining that she had to be very specific in what she was looking for with some orchestra members who were working remotely rather than in the same space as a conductor or director. But ultimately, she says, the talent of the performers will carry the day, regardless of the tools used.

‘When you have incredible artists, incredible musicians, of course technology helps, but a great artist will sound good no matter what the circumstances are,’ she says.

Read the full article at www.fastcompany.com