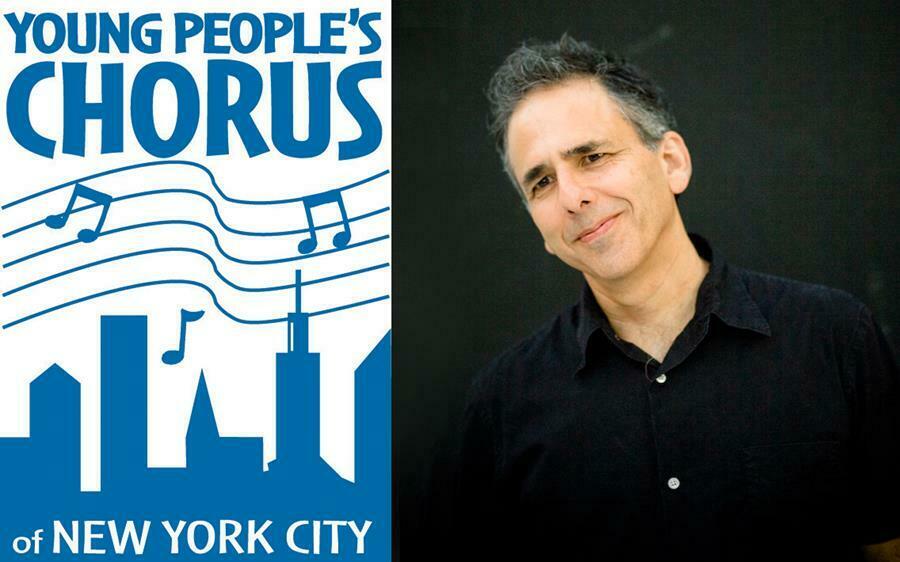 New York, NY (September 13, 2016) – American composer Michael Gordon has been named the first-ever Composer-in-Residence of the Young People’s Chorus of New York City (YPC). The three-year residency, beginning this month, will comprise a new work composed by Mr. Gordon each year to be workshopped by the choristers and Artistic Director Francisco J. Núñez and premiered by YPC at the end of each season. Mr. Gordon’s residency will also include another new work composed for YPC’s younger children, YPC’s Satellite Schools children, and its community choruses; as well as masterclasses for YPC singers; and his participation as an artistic advisor.

The residency commences this season with the world premieres of two works commissioned from Mr. Gordon. YPC will sing the premiere of Great Trees of New York City in two Transient Glory concerts at National Sawdust on November 4 and again at Merkin Concert Hall on November 6. Mr. Gordon’s second commission will be workshopped with YPC and Mr. Núñez during this season and premiered in June 2017 in New York City and at the Tampere Vocal Festival in Finland, where YPC was one of only three choirs selected from choruses worldwide to commission and premiere a new work for the festival’s Songbridge Gala Concert.

“Working with composers to develop new, critical works for young voices has been one of YPC’s most important and meaningful initiatives,” said Mr. Núñez. “The logical progression now is to add another level in which we work closely for an extended period of time with one composer.  Michael Gordon is an ideal composer for our first Composer-in-Residence.  He has a unique voice with the ability to connect with young people and envelop them in an environment that is dynamic, energizing, fresh, and driving.  Over the next three years, I am eager to see where Michael takes us.”

Mr. Gordon commented, “For several years I have worked with Francisco and YPC to create works that expand choristers’ worldview while challenging them with the highest levels of artistic excellence. In the first work I wrote for YPC, Every Stop on the F Train, I was inspired by the urban­-ness of the singers to create a work about the city in which we all live – a subject that every member of the chorus could relate to. The new works as part of this residency continue this focus on New York City as a source of inspiration.”

At the end of the three-year residency, a concert featuring five of Mr. Gordon’s commissions, including Great Trees of New York City and Every Stop on the F Train, will be presented, offering a distinctive and idiosyncratic overview of New York City through the eyes of the composer. A recording of these New York City-themed works is planned for future release.

YPC’s new Composer-in-Residence position complements the chorus’ already significant commissioning program. Founded by Mr. Núñez in 1988, YPC has been revolutionary in expanding the repertoire for children’s choruses by commissioning and premiering over 100 pieces of music, 80 alone through its groundbreaking Transient Glory and Radio Radiance series.

YPC, Francisco Núñez, and Michael Gordon have collaborated on new works for young voices for nearly a decade. YPC has premiered three commissions by Mr. Gordon as part of its ongoing Transient Glory and Radio Radiance series. They are Cinnamon (2012), Exalted (2011), and Every Stop on the F Train (2007), the latter of which is featured on YPC’s most recent Transient Glory III recording, released in November 2015 by Cantaloupe Music, the record label founded by Michael Gordon and his Bang on a Can partners David Lang and Julia Wolfe. Great Trees of New York City, continues Mr. Gordon’s focus on New York City and draws on texts pertaining to historic trees selected by the NYC Parks Department through nominations from citizens from each New York City borough, representing the diversity and scale of the city’s urban forest.

For almost three decades, Michael Gordon has produced a strikingly diverse body of work, ranging from large-scale pieces for high-energy ensembles to major orchestral commissions to works conceived specifically for the recording studio, and his special interest in adding dimensionality to the traditional concert experience has led to numerous collaborations with artists in other media, including film, theater, opera, and dance, and most frequently with filmmaker Bill Morrison and Ridge Theater. Transcending categorization, his music represents the collision of mysterious introspection and brutal directness. Mr. Gordon has been honored by the Guggenheim Foundation, the National Endowment for the Arts, the Foundation for Contemporary Performance Arts, and the American Academy of Arts and Letters.  His recordings are available on Nonesuch, CRI, and the Cantaloupe Music labels.

The Young People’s Chorus of New York City® (YPC) is a multicultural youth chorus renowned for its superb virtuosity and as a model for an inclusive society that is inspiring youth choruses worldwide.  Founded by Artistic Director Francisco J. Núñez, a MacArthur “Genius Grant” Fellow, YPC’s program harnesses the power of music to fulfill the potential of every child musically, academically, and socially and has established the youth chorus as a significant and often untapped instrument for making music. More than 1,600 children participate in the after-school and in-school programs of YPC, and among its many awards, YPC has received America’s highest honor for youth programs: a National Arts and Humanities Youth Program Award.