The Lifeforce in Later Years (LiLY) Legacies Gala celebrates the connections between generations and features the LiLY Legacies Award – an honor given to individuals who have made a profound impact on our culture. This year’s Gala will take place on May 1st at the Low Library at Columbia University, and Francisco J. Núñez will serve as the Master of Ceremonies. The 2017 honorees are Dr. George S. Alexopoulos, Founder & Director of Weill Cornell Geriatric Psychiatry Institute, and Deborah McManus, SoHarmoniums Founder and philanthropist, who also serves on the YPC board.

A lifelong over of music, Deborah McManus founded and performs with the SoHarmoniums, an inter-generational female chorus based in the SoHo community. The chorus has become quite successful and will sing in the LiLY Legacies Gala program. The SoHarmoniums choristers have performed at Carnegie Hall and give frequent concerts at Lincoln Center conducted by their Artistic Director Elizabeth Núñez.  At a concert of the music of Gwyneth Walker at Lincoln Center’s Alice Tully Hall, the New York Concert Review wrote, “The performance was truly exceptional.”

You can learn more about the Gala and get tickets here on the LiLY Legacies website: https://lilylegacies.org/legacies-award-gala-2017-vc/ 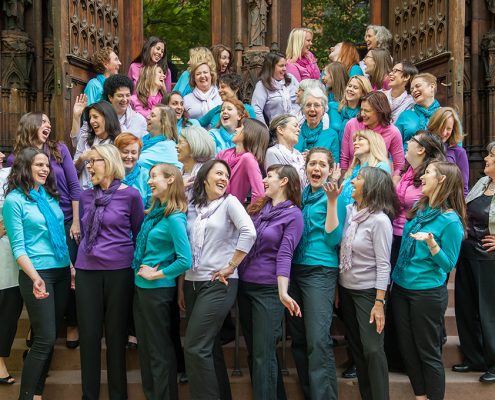