Is Singing Together Safe In The Era Of Coronavirus? Not Really, Experts Say 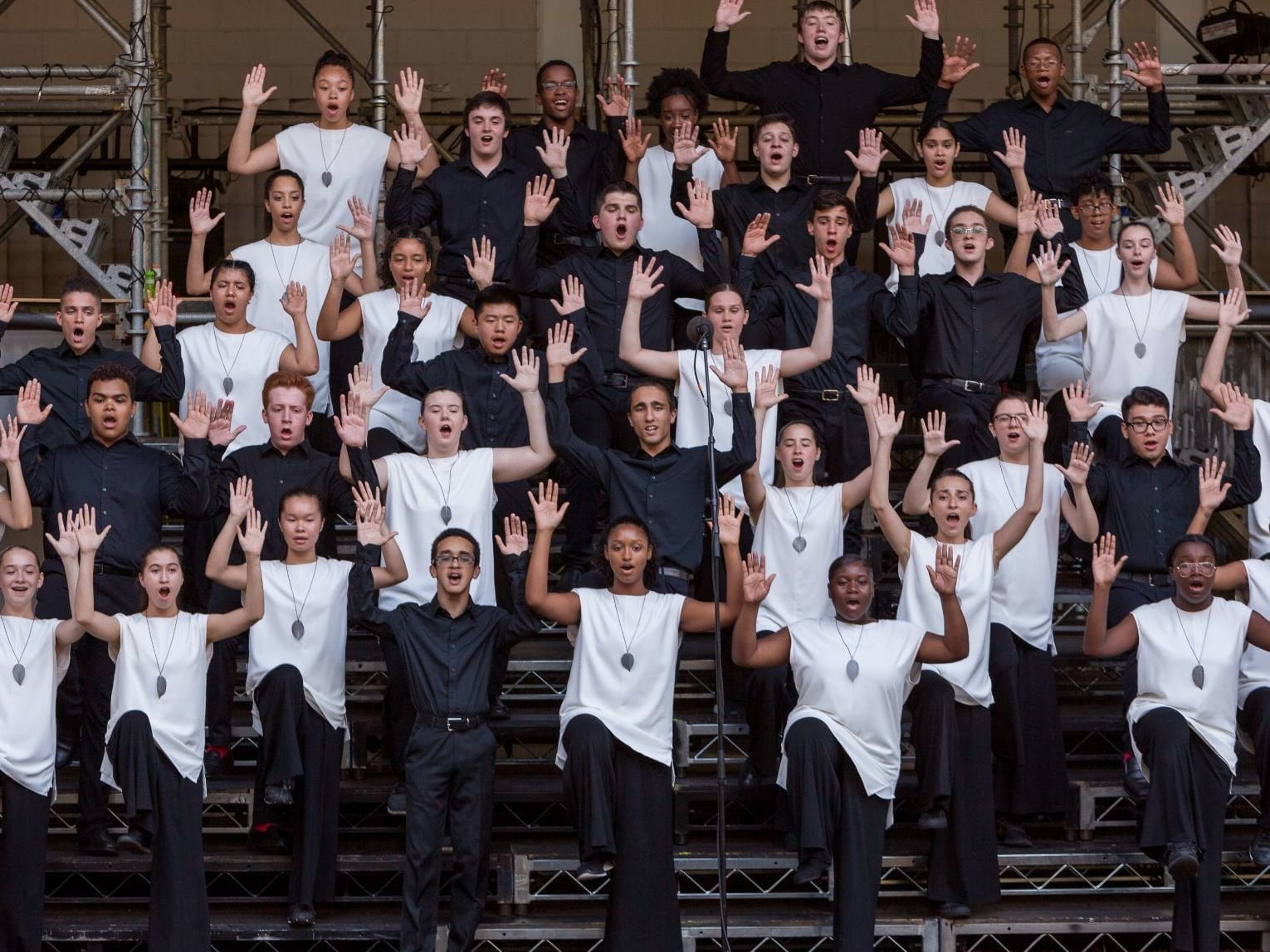 “Back in the days before the coronavirus pandemic, lots of people found community and comfort in singing together, whether at school, as a form of worship, in amateur groups or performing as professionals. Last year, Chorus America reported that some 54 million Americans — that is, more than 15% of the entire country’s population — participated in some kind of organized group singing. And that study revealed that nearly three-quarters of those polled felt less lonely. Eighty percent said it made them ‘more optimistic, mindful and resilient.’

‘The community is the most important thing we have,’ says Francisco J. Núñez, the founder and artistic director of the Young People’s Chorus of New York City (YPC), which includes some 2,000 kids aged 7 to 18 from across the city. And he’s even more aware of what his students have lost in the pandemic.

After the shutdown in New York in mid-March, the YPC ensembles started meeting by Zoom just to talk. ‘Just seeing each other online that helped us socially, emotionally,’ Núñez says.

But that same month, singers and choral directors across the country became concerned after a chorus in Washington state made national headlines. Sixty singers in the Skagit Valley Chorale showed up to a two-and-a-half-hour rehearsal. Fifty-three of them became sick with the coronavirus, and two people died.

The CDC issued a report about the group in May, writing: ‘SARS-CoV-2 [COVID-19] might be highly transmissible in certain settings, including group singing events.’ But since then, the CDC has erased that messaging from its current posted guidelines, due to what American scientists worry are political concerns.

‘Singing in a room for an extended period of time, in close contact with lots of people and no ventilation — that’s a recipe for disaster,’ says Shelly Miller, a professor at the University of Colorado Boulder. Along with Jelena Srebric at the University of Maryland, Miller is leading a six-month research project looking at singers’ and other musicians’ transmission of aerosol particles …

… Back in New York City, as weeks of lockdown turned into months, Francisco J. Núñez says that the Zoom chats weren’t enough to buoy his students’ spirits. ‘The longer it lasted, the more sad the children became,’ he observes. ‘And the conversations were starting to get difficult. So we needed to do something. That’s when the singing started to happen.’

Students sent in videos of themselves singing and Núñez and his team stitched them together to create the effect of a unified chorus.

The first project was a performance of ’You’ll Never Walk Alone,’ from Rodgers and Hammerstein’s musical Carousel, that the group dedicated to New York’s essential workers.

As the spring turned into summer, Núñez found that the kids he works with were carrying another burden. YPC became an outlet for his students — who are very diverse racially, ethnically and socioeconomically — to discuss racial injustice as protests broke out nationwide. ‘They started talking to each other,’ Núñez observes, ‘about what it’s like to be a Black or brown young person in New York City right now, what it’s like to be a white person, an ally.’

Núñez says that he has tried to embrace the possibilities of this new virtual reality. ‘I don’t see 120 kids getting together in a room right now,’ he says. ‘But I do see creating new ways. Classical music is undergoing a transition. Children’s education is going to go into transition. I think it’s a wake-up call for us.’

The group’s final concert of the season debuted on YouTube last month. Its title was ‘Forward Together’ — striking a hopeful note, no matter what’s ahead.”

To read the full article, go to npr.org.