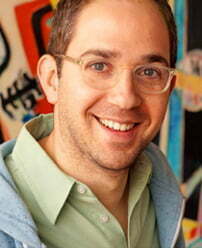 The Mysteries of Nothing

Aaron Siegel’s inquisitive and playful work represents a personal vision of how we live with and respond to the sounds in our world. Upcoming concerts include a performance of Science is Only a Sometimes Friend as part of the Sonic Frontiers Festival in Tuscaloosa, Alabama and a performance of excerpts from Brother Brother by Wild Up as part of The Industry’s First Take initiative in Los Angeles. Percussionist Jonathan Ovalle premiered his Dioramas for Prepared Vibraphone in fall 2012 and Experiments In Opera premiered his new monodrama, The Collector, in February 2013 as part of its New Shorts concert.  Siegel has also partnered with Mantra Percussion Ensemble and the Young People’s Chorus of New York City for performances at the Music at First Series, and the 92nd Street Y. His CD Science is Only a Sometimes Friend for eight glockenspiels and organ was released in May 2011 on LockStep Records and hailed as “one continuous ecstatic sonic event,” and as one of the best records of 2011 by Time Out New York.

In addition to his work as a composer, Siegel has performed with Memorize the Sky, Anthony Braxton and Robert Ashley.  His work can be found on numerous recordings, including Cabinet for solo percussion and Every Morning, a History for chamber ensemble and solo piano.  Siegel is one of the co-founders of Experiments In Opera and is on the education staff at Carnegie Hall.  For more information visit: aaronsiegel.net.

What was your thinking in deciding what to write for Radio Radiance?

When YPC asked me to consider writing a piece for Radio Radiance, I immediately thought about the young singers in the group and tried to imagine what they would feel excited about singing.  I like to write my own texts, so I started to think about what teenagers are thinking about and experiencing as they assert ownership over their lives.  The series of declamatory statements in the text emerged from this exploration.

Why did you accept this Radio Radiance commission?

I was intrigued by the challenges of writing for a ‘radio’ audience.  I like to include spoken text alongside sung text in my music, and I have always enjoyed the sonic quality of radio voices, aren’t we all drawn in by talk radio, NPR and podcasts nowadays?  I was excited to find a way to incorporate the authentic voices of the singers into the textural fabric of the piece.

About The Mysteries of Nothing
For the Young People’s Chorus of New York City and Francisco J. Núñez
Text and Music by Aaron Siegel

We meander through our lives hoping that we are actually the person we think we are. The realperson. But we are never one thing, right?  So the idea that there might be a real me or a realyou is beside the point.  We shift, twitch, and somersault our way through months and years, always on our way to becoming someone new—always a moving target.  Maybe we are a different person every day. Maybe we are fifty different people at once.  Maybe we are nothing.

The Mysteries of Nothing Text
While some of the text for this piece has been set for the singers to sing, there are indicated spots throughout where singers will share texts that they have helped to write.