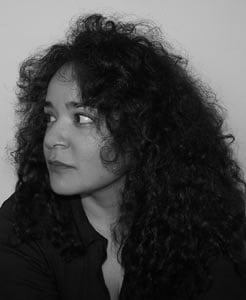 Identity has always been at the center of Gabriela Lena Frank’s music. Born in Berkeley, California, to a mother of mixed Peruvian/Chinese ancestry and a father of Lithuanian/Jewish descent, Frank explores her multicultural heritage most ardently through her compositions.

Inspired by the works of Bela Bartók and Alberto Ginastera, Frank is something of a musical anthropologist. She has traveled extensively throughout South America and her pieces reflect and refract her studies of Latin-American folklore, incorporating poetry, mythology, and native musical styles into a western classical framework that is uniquely her own. She writes challenging idiomatic parts for solo instrumentalists, vocalists, chamber ensembles, and orchestras.

“Two Mountain Songs draws on texts collected by Peruvian writer and folklorist, Jose Maria Arguedas (1911 – 1969).  These texts were preserved from anonymous poetry by the Quechua mountain people, the descendants of the Incas, for whom Arguedas advocated passionately all through his life.  Lyrical and rich in metaphor, the texts have always stirred my imagination for ways to evoke Andean vocal practices within a western choral practice; and in Two Mountain Songs, my ideas find expression in the inherent beauty of younger voices.” – Gabriela Lena Frank