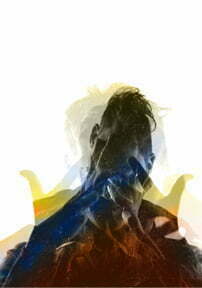 We Will Find Each Other

Ryan Lott grew up studying diverse compositional and performance styles—from classical to rock and jazz—and is well known for creating complex soundscapes using acoustic or electronic instruments or a mix of both. Founding Son Lux in 2007, he first gained wide recognition in 2008 with his debut recording At War with Walls and Mazes, which earned him the title of “Best New Artist” by NPR’s All Songs Considered. Two LP’s followed: We Are Rising and Lanterns.

With the recent addition of guitarist-composer Rafiq Bhatia and drummer Ian Chang, Son Lux is now a ferocious trio, which over the past year has performed in over 150 cities throughout North America and Europe. Son Lux’s fourth album, Bones, the first album by the trio, draws on the band’s unique and omnivorous musical vernacular. It is scheduled for release on Glassnote Records in June 23, 2015.

In addition to his work as Son Lux, Ryan Lott composes music for film, theater and dance. Film credits include arranging and scoring for five major features, most notably Looper, Don Jon, The Disappearance of Eleanor Rigby, and the Paper Towns based on the novel of the same name, to be distributed on July 23, 2015.

About We Will Find Each Other

We Will Find Each Other was composed for the Young People’s Chorus of New York City’s Radio Radiance Series. The four voices (SSAA) represent four distinct “broken” radio frequencies in shifting states of synchronicity. Eventually all the signals align to “find each other.”

We Will Find Each Other Text

We will find each other.