It’s been more than a decade since doctors told South Ozone Park mother Susan Watters there was a good chance her daughter, Caroline, might not live to see her third birthday.

Her first day of kindergarten. Her first kiss. Her first heartbreak. High school graduation. Marriage. Children. Grandkids. All of life’s wonders might not be in the cards for Caroline, a 2-year-old undergoing chemotherapy in Manhattan.

Speaking with the Chronicle on Monday, both mother and daughter can still feel the sheer gravity of each treatment, each checkup and each lab test. Both of them know things could have easily turned out much different for them.

“It’s one of those things you never forget or get over. I get chills every time I think about it,” Susan Watters said in a Monday interview, speaking about the moment Caroline was diagnosed with cancer. “I was in total shock, but there was a never a time when I thought she couldn’t beat it.”

Fast forward to 2017, and Susan is awaiting another terrifying experience coming up for her daughter, but in a different way.

Nearly 15 years to the day since Caroline was released from the hospital after a bone marrow transplant from her sister saved her life, the now 17-year-old will take the Radio City Music Hall stage on April 3 to sing her heart out as part of the annual Garden of Dreams Talent Show.

“I’m very excited. I’m so lucky to be a part of this,” Caroline Watters said. “It’s really nerve-wracking but it’s also really empowering.”

First hosted in 2006, the talent show will feature over 100 youths — each of whom has overcome some sort of issue or problem — singing, dancing or otherwise performing on the hallowed venue’s stage.

Over 4,000 people attended last year’s event, along with dozens of celebrities who made their way backstage to meet the kids.

Watters was one of them last year, singing Andra Day’s hit song “Rise Up.”

She’ll be returning for an encore next month, belting out rising Canadian star Alessia Cara’s chart-topping single, “Scars to Your Beautiful,” with the Garden of Dreams Alumni Choir. 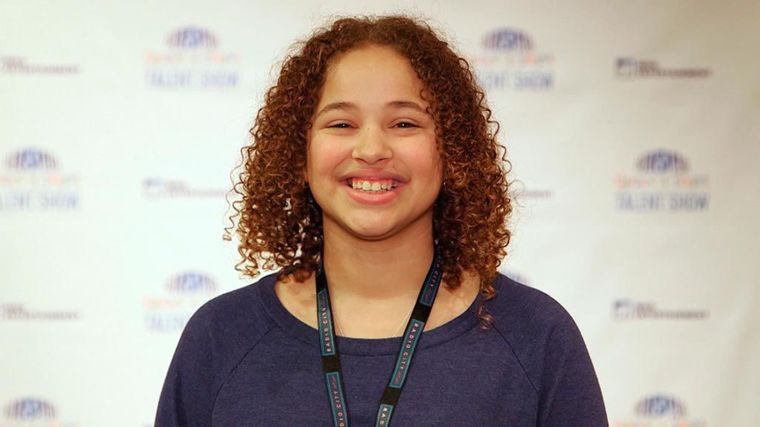 But a moment like next Monday’s performance seemed highly unlikely when she was just a toddler battling what doctors originally believed was idiopathic thrombocytopenic purpura, a blood disorder.

But after Susan Watters did some online research, including chatting with mothers of other kids stricken with the disease, she became convinced it was not what Caroline was battling.

She was proven right 10 months later, when a specialist diagnosed her daughter with acute myeloid leukemia, an aggressive cancer normally found in adults that can kill in weeks without proper treatment.

For nearly four months, starting in December 2001, Caroline underwent repeated blasts of chemotherapy at NYU Langone Medical Center in an attempt to save her young life.

They were trying times that saw her grandmother move in with her parents to take care of her sister while her mother spent night after night at the hospital alongside her.

But the teenager doesn’t remember much about the negative aspects of hospitalization, just the few positives.

“I had a really good friend in the hospital and we would do wheelchair races in the hall,” Caroline said with a laugh. “I remember my mom reading ‘Curious George Goes to the Hospital’ too.”

While her daugher made the best of an awful situation, Susan was busy discussing Caroline’s chances with an army of doctors.

Their opinion? A bone marrow transplant would be the toddler’s best, if not only, chance at survival.

After some initial worrying if anyone in their family was eligible to be Caroline’s donor, Susan’s older daughter, 4-year-old Lisette, turned out to be a perfect match.

A few months after the procedure, Caroline was headed home, her leukemia finally in remission.

“They have this bond now. They’re super, super close and it’s an experience that shaped our entire family,” the mother said of her two teenage girls. “She was excited and proud to do it.”

Does Lisette, jokingly or otherwise, constantly remind her sister of the reason why she’s still here?

“Sometimes in a joking way,” Caroline said. “But never seriously. She would never do that, she’s the nicest person in the world.”

In the years that followed, both sisters became regulars at Sunrise Day Camp in Oceanside, LI, a full-summer retreat for youth cancer patients and their siblings.

It was there that 10-year-old Caroline discovered her love of singing, often entering the camp’s talent shows.

She learned of Garden of Dreams from camp staffers two years ago, but auditions had already passed. She used the next year to practice, eventually acing her audition in 2016.

“I actually went to the show two years ago, and I knew I had to audition the next year,” she said. “I adore performing and I do want it to be my career somehow.”

She’s already made a name for herself with her voice, earning a spot in the Young People’s Chorus of New York City.

In her short time with the group, she’s performed for dignitaries like former President Barack Obama and Pope Francis and will travel with the organization to sing in Finland and Spain next year.

But arguably more important to Caroline than a singing career is proving to children battling cancer that there’s always hope, no matter the doctor’s diagnosis or the results of a blood test.

“I’ve pretty much always been a part of cancer organizations,” she said. “Being a survivor, I want to give kids the hope that they’ll get through this.”

At Sunrise Day Camp, Caroline says, you can tell one’s medical history by looking at the scars, whether from tumor removal surgery or another procedure.

Instead of focusing on their own physical imperfections, however, Caroline hopes her fellow campers see her long, flowing locks and know that, even if given the most longshot odds at recovery, it is possible to be a success story like her.

“I have a head full of curls now. But it sucks losing your hair,” she said. “The whole process is crappy and you feel terrible, but there is hope.