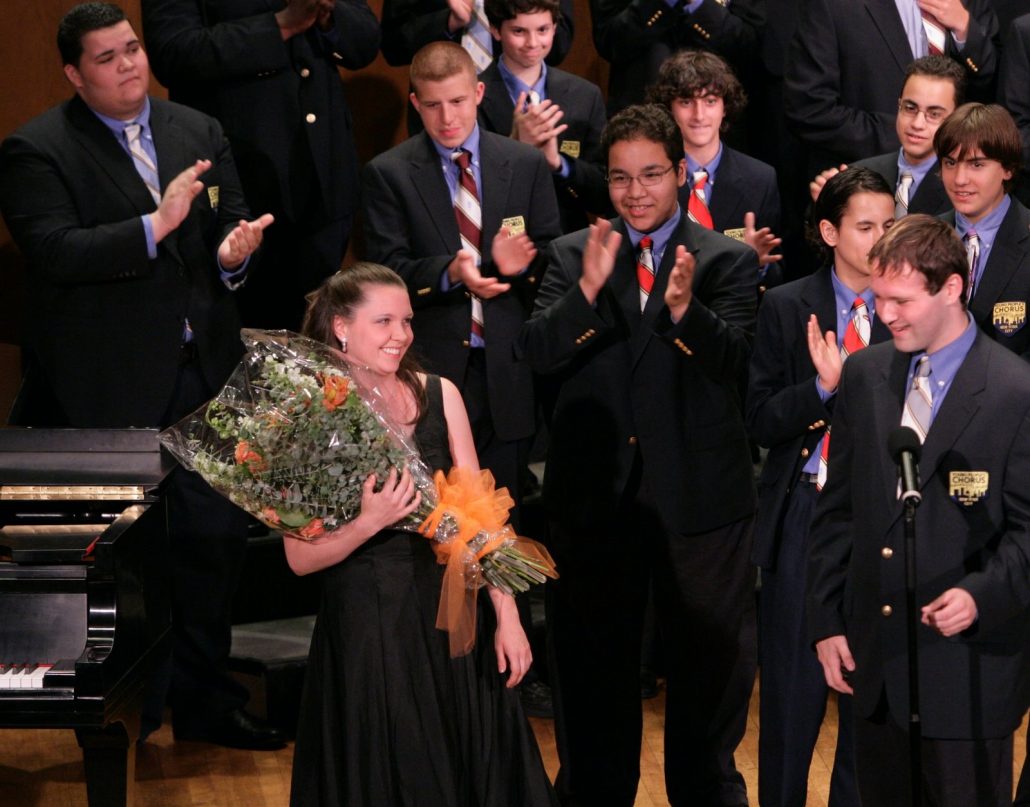 This past Saturday was YPC’s Annual Spring Concert. I felt that the concert was filled with joy, entertainment and or course tears, but tears of joy as we saw the seniors move on to accomplish greater things. There were also tears of sadness as we see one of our conductors move on to pursue her Masters degree at Yale University, which we are extremely happy for (even though it means her leaving us). I know I will greatly miss her.

The overall performance was great. I thought the Junior Chorus was adorable, like always. Intermezzo was great, and cute, especially the piece “When I Sing”. They looked charming while they were doing the charleston. As a member of the Young Men chorus, I thought we were amazing. The pieces that caught the audience’s attention were “Ramkali” which is an Indian Raga with very interesting rhythmical patterns, “Homeland” which is a song of beauty and nationalism, and of course, “Sit Down You’re Rocking the Boat”. It was my personal favorite because I am a Broadway and Showtunes freak.

The Concert Chorus delighted the audience with their performance of “Every Stop on the F Train” which was then followed by “A-Train” and “Heaven Bound Train” making it a night of…trains. Following every division’s performance was the tutti. It was fantastic being a part of one of the four divisions coming together on stage and singing beautifully.

The chorus has greatly influenced me and hopefully other choristers as well that are unfortunate and don’t have music programs in their schools. Most choristers and I feel that best friends are made in this chorus because we all have the love of music in common, leading to friends that last a lifetime. Along with experiences that you will never forget.

YPC at River to River Festival
Scroll to top