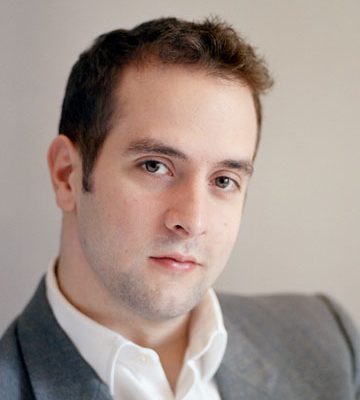 Today Tarik O’Regan came into rehearsal. He was really cool. In addition to his infectious British accect which everyone seemed to enjoy (the girls at least), I think he really reached out to us. I mean personally, I detest those children’s songs that are written by middle-aged smug guys who attempt to relate to us and define us: “the next generation”. They write sugary sweet rounds about joining hands and coming together because remember kids, we are the future!

No, Tarik is a really down to earth guy and it really got through that he worked hard on this piece; he worked hard to relate to kids in the city. The Taxi, which is arguably one of our simpler pieces (against Steve Reich, hello!) is also a favorite of mine and of most I’ve talked to. It’s got this great pulsing beat and mysterious sound to it, not to mention awesome lyrics. The poem Tarik chose couldn’t have been more perfect in channeling the feelings of youth. At my age at least, and especially since leaving my hometown of Miami almost a year ago, the text of The Taxi, which is that of leaving the one you love and the pain you feel as the city pulls you apart, is relevant.