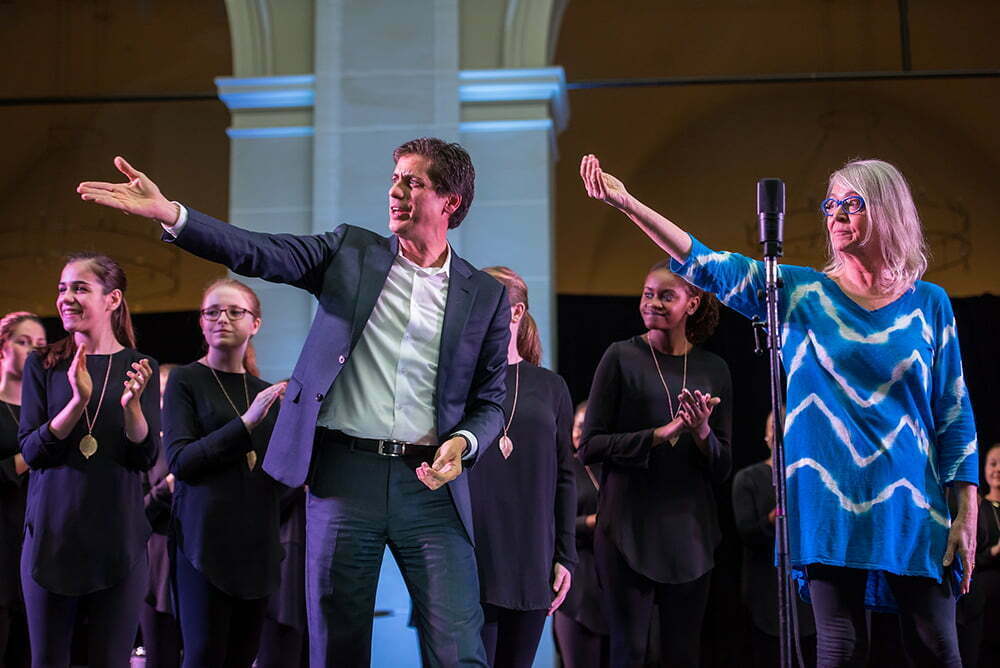 On Sunday, May 6, Young People’s Chorus of New York City conducted by Artistic Director Francisco J. Núñez performed Joan La Barbara’s “A Murmuration for Chibok” at the Brooklyn Museum as part of Bang on a Can’s 30th anniversary Marathon.

The work, commissioned by YPC, was composed by Ms. La Barbara last fall to “keep in the vital present” the young Nigerian girls who were kidnapped by Boko Haram in 2014. At about the same time YPC was singing the piece at the marathon, a worldwide news bulletin announced that 82 of those young girls had been released. The news was especially meaningful for the singers, who had been living with the piece since last fall and all of whom are about the same age as the Nigerian girls when they were captured. Of course, it was coincidental, but the choristers felt a mystical connection to their sisters halfway around the world.

Another hundred girls are still being held by Boko Haram, and next week YPC will once again perform “A Murmuration for Chibok,” when they are on tour in Finland. Who knows?

Photo by Stephanie Berger, courtesy of Bang on a Can