New York, NY (October 13, 2016) ―The Pierre and Tana Matisse Foundation has awarded an Arts Education Impact Grant of $750,000 to the Young People’s Chorus of New York City for its new initiative: Vocal Resolutions: Shaping Perceptions Through Music. The Matisse Grant, one of today’s most prestigious and competitive arts grants, will be distributed over five years and support YPC’s innovative new initiative that focuses on matters of social justice and uses music as a catalyst for cultural exploration and mutual understanding among young people of diverse backgrounds.

Vocal Resolutions: Shaping Perceptions Through Music will provide YPC choristers vocal training that includes customized private lessons, recitals, as well as master classes led by celebrated professional singers. The program will not only develop highly trained singers with individually honed vocal skills, but also provide them with knowledge and understanding of social concerns that will lead to a skillful cultural dialogue. Each year of the five year project, a composer will be chosen to write a new work that raises awareness of our current social climate. The work will aim to stimulate conflict resolution discussions in music workshops that further shape the piece, which will be premiered as part of a year-end summit conference and concert in association with Carnegie Hall. The first composer chosen for the new initiative is Michael Gordon, who also serves as YPC’s composer-in-residence.

Francisco J. Núñez, Founder and Artistic Director of YPC said, “We are deeply grateful to the Matisse Foundation for giving us the means to provide this kind of exceptional instruction to YPC choristers. The opportunity for the choristers to take part in open forums and dialogue and learn the artistic and social skills that can create connections and bonds among cultures is increasingly critical in today’s world. The fact that these skills are learned through the simultaneous study of music makes them all the more empowering to young people.”

Alessandra Carnielli, Executive Director of the Matisse Foundation, added: “We are very happy to welcome Young People’s Chorus into our select group of Impact grantees.  The Impact grant is a centerpiece of the Matisse Foundation’s mission to strengthen arts education programs in support of young people in New York City.  With Vocal Resolutions: Shaping Perceptions Through Music Francisco and his staff have designed a program that aligns with our Foundation core values and, as importantly, delivers arts education in an innovative way. Musical excellence, socio-emotional and academic competence are well integrated elements of YPC’s approach to bringing lasting change into the lives of the young people it engages, their families and their communities.”

The Pierre and Tana Matisse Foundation was established in 1995 by Maria-Gaetana von Spreti Matisse, wife of the late art dealer and collector, Pierre Matisse. Following her death in 2001, Tana—as she was known to her friends—left the bulk of her estate to the Foundation. The Arts Education Impact Grants are awarded to organizations that help develop and implement arts education programs in New York City schools and communities. Impact Grants are given on a competitive basis and are offered for a maximum of five years. In this time period, selected organizations establish art education programs that make a significant impact on young people’s lives. Past recipients of the Impact Grants include Epic Theater Ensemble, Mark Morris Dance Group, New Victory Theater, Queens Museum, Schomburg Center for Research in Black Culture, and the Whitney Museum.

The Young People’s Chorus of New York City, founded in 1988 by Artistic Director Francisco J. Núñez, a MacArthur “Genius Grant” Fellow, harnesses the power of music to fulfill the potential of children of any cultural or economic background, while heightening an awareness of the ability of young people to rise to unforeseen levels of artistry and creating an environment of cross-cultural appreciation. Each year over 1,600 children ages 7 to 18 benefit musically, academically, and socially through their participation in YPC’s after-school and in-school programs. Among its many awards are a Chorus America Education Outreach Award, two Chorus America/ASCAP Awards for Adventurous Programming, and a National Arts and Humanities Youth Program Award. 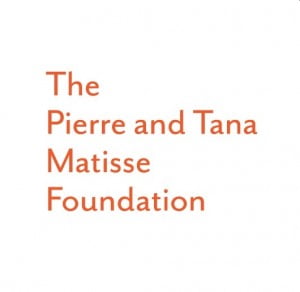