Young People’s Chorus of New York City Welcomes Broadway Stars from “Hamilton” and “Spring Awakening” plus Time For Three to Its Benefit Gala at Jazz at Lincoln Center on Monday, March 6

The Young People’s Chorus of New York City will hold its 2017 fund-raising gala at Jazz at Lincoln Center, on Monday, March 6, at 7 p.m.  YPC Artistic Director Francisco J. Núñez and the chorus are excited to welcome their special guests:  Broadway stars Mandy Gonzalez (Angelica) from Hamilton and Alexandra Socha from Spring Awakening plus Time for Three, a virtuoso string trio with comic flair and staggering technique.

On March 6, the multicultural chorus and its guest artists will treat the audience to a whirlwind, non-stop musical extravaganza, complete with show-stopping choreography by Jacquie Bird, and music spanning Brahms, Broadway, and Bollywood to Gershwin, Conga, and Cole Porter.

YPC’s annual Benefit Gala is its most important fundraiser, raising the resources necessary to benefit the more than 1,600 children of all cultural and economic backgrounds, not only musically, but also academically and socially through its after-school and in-school programs.  The children come to YPC from every corner of New York City and beyond, and 90 percent receive support to participate in YPC’s programs.

The concert will be followed immediately by a dinner in the Ballroom of the Mandarin Oriental at 80 Columbus Circle and Broadway.  The entire gala evening will be a celebration of YPC’s Corporate Honoree Dusty Philips, Global Head of Industrials Investment Banking Division at Goldman, Sachs & Company, and its Humanitarian Honoree George G. Nemeth, a founding board member of YPC.

For gala dinner tickets, which include the concert, and for concert-only tickets, contact the YPC Gala Coordinator at 212-289-7779, Ext. 16 or email ypcgala@ypc.org.

Mandy Gonzalez, who recently joined the cast of Lin-Manuel Miranda’s blockbuster Broadway musical Hamilton at the Richard Rodgers Theater, also created the role of Nina Rosario in Mr. Miranda’s Tony Award-winning musical In the Heights coincidentally, in the exact same theater.  A Drama Desk and Obie Award-winning actress, Ms. Gonzalez also starred as Elphaba in the Broadway production of Wicked and has performed with symphonies across the country and around the world.

Alexandra Socha replaced Lea Michele in the original Broadway production of Spring Awakening and was nominated for a Lucille Lortel Award for her work in the musical Fun Home.  She currently appears as ‘Skye’ in the second season of the Amazon Original Series Red Oaks and recently completed the independent films Call Sheet, and The Broken Ones.  On TV she appeared on Royal Pains, Damages, The Big C, and Law & Order: SVU , among others.

Time for Three (Tf3) is a classically trained string trio that explores a variety of musical genres. The members of the group are Nicolas (Nick) Kendall (violin) and Charles Yang (violin) and Ranaan Meyer (double bass).  With its eclectic musical tastes, ranging from classical and bluegrass to rock, jazz to hip-hop, Tf3 has been applauded by NPR for its “staggering technique” and “contagious energy” and by Sir Simon Rattle as “conveyors of an infectious joy,” but modestly refers to itself as a “classically trained garage band.”

The Young People’s Chorus of New York City® (YPC) is a world-renowned youth chorus founded in 1988 on a mission of diversity and artistic excellence by Artistic Director Francisco J. Núñez.  While harnessing the power of music to fulfill the potential of children, the program has heightened an awareness of the ability of children to rise to unforeseen levels of artistry. YPC receives invitations to perform on four continents, has won over a dozen gold medals in international choral competitions, and has invigorated the repertoire for young voices by commissioning and premiering over 100 compositions from today’s most distinguished composers.  YPC is the recipient of the National Arts and Humanities Youth Program Award, America’s highest honor for youth programs. 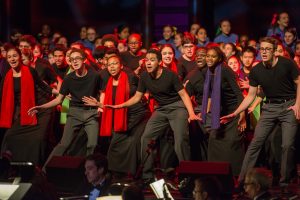 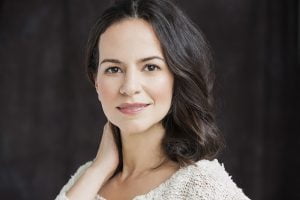 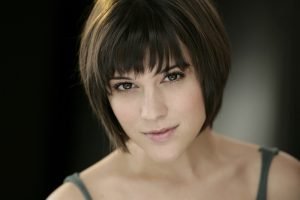 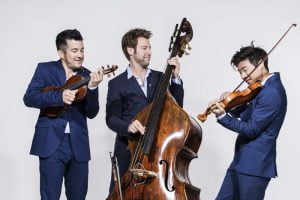