YPC also performs in free holiday events at the Church of the Intercession on Sunday, December 17 and St. Patrick’s Cathedral on Thursday, December 21 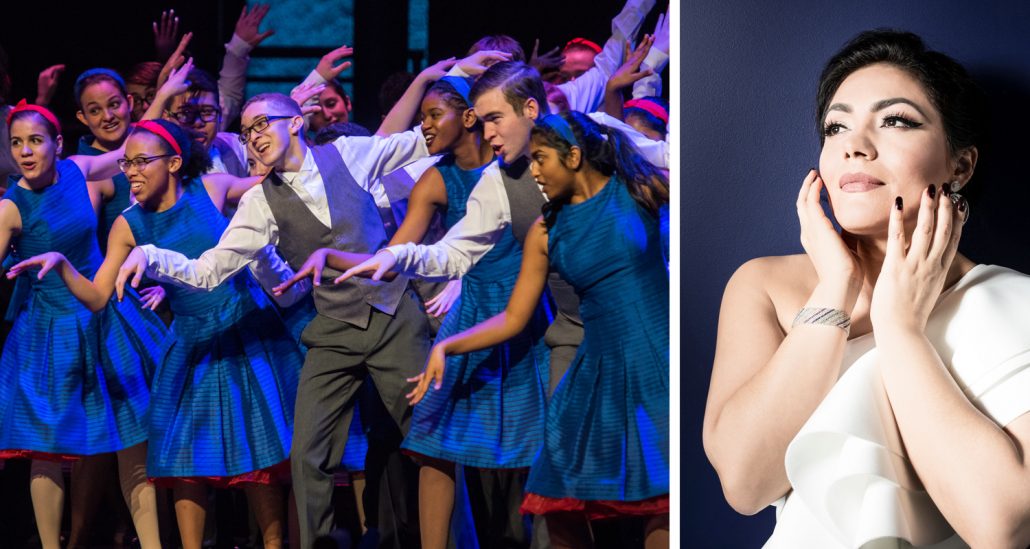 YPC also will be featured in two free holiday performances:

The Young People’s Chorus of New York City conducted by YPC Assistant Conductor Maria Peña returns to the Church of the Intercession to sing the musical prelude in its annual holiday candlelight reading of Clement Clarke Moore’s “Twas the Night Before Christmas” (A Visit from Saint Nicholas). Following the reading, audience members can join in a lantern procession and wreath-laying ceremony at Clement Moore’s mausoleum at Trinity Church, across from the Church of the Intercession, a tradition that began over 100 years ago in 1911.

The performance and reading are free and open to the public.

The Young People’s Chorus of New York City joins the Brooklyn Interdenominational Choir, the St. Patrick’s Cathedral Choir, the Cathedral Organs, and the New York Symphonic Brass in this joyful celebration of Christmas in the majesty of St. Patrick’s Cathedral. This inspiring evening of traditional and contemporary Christmas hymns and carols closes with the performers and everyone in attendance joining together to sing Silent Night by candle light.

Young People’s Chorus of New York City is internationally renowned not only for its superb virtuosity and brilliant showmanship, but as a model for an inclusive society that is being replicated globally.  Founded in 1988 on a mission of diversity and artistic excellence by Artistic Director Francisco J. Núñez, a MacArthur Fellow and Musical America’s 2018 Educator of the Year, YPC harnesses the power of music to fulfill the potential of children musically, academically, and socially and has heightened an awareness of the ability of young people to rise to unforeseen levels of artistry.  More than 1,600 children participate in the after-school and in-school programs of YPC, which has been recognized with America’s highest honor for youth programs:  a National Arts and Humanities Youth Program Award.  www.ypc.org

Soprano Ailyn Pérez is increasingly in demand at leading opera houses in the world’s cultural capitals. This season she returns to the Metropolitan Opera in the title role of Massenet’s Thaïs and also stars as the Contessa Almaviva in Mozart’s Le Nozze di Figaro and Juliette in Gounod’s Roméo et Juliette.  Additionally, she will perform at the Bayerische Staatsoper, Staatsoper Hamburg, Staatsoper Berlin, and Opernhaus Zürich, and she debuts at the Teatro alla Scala in fall 2018. She is member of the Metropolitan Opera Guild Artist’s Council, is on the advisory board for Time In Kids, and is an avid fan and supporter of YPC. She has received the Richard Tucker Award (first Hispanic recipient in the award’s 35-year history), Plácido Domingo Award, and the Beverly Sills Award from the Metropolitan Opera. ailynperez.com.