NBC to Air ‘Andrew Lloyd Webber Tribute To A Superstar’ 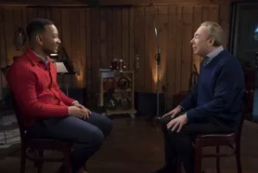 BWW News Desk (March 5, 2018) — In a festive 70th birthday celebration honoring one of theatre’s most celebrated composers, NBC is set to air “Andrew Lloyd Webber Tribute to a Superstar” on Wednesday, March 28 at 10 p.m. ET/PT.

Lloyd Webber, who shaped musical theatre as we know it today, is responsible for some of Broadway’s greatest and most recognizable productions, including “Joseph and the Amazing Technicolor Dreamcoat,” “Jesus Christ Superstar,” “Evita,” “Sunset Boulevard,” “Cats,” “The Phantom of the Opera,” and “School of Rock.”

The evening will include conversation and reflection with Lloyd Webber along with some of today’s most esteemed names in entertainment. The special will feature theatrical legend Glenn Close, music megastar John Legend, who will play the titular role in “Jesus Christ Superstar Live in Concert,” Sunday, April 1 on NBC, Broadway revolutionary Lin-Manuel Miranda and an appearance by the Young People’s Chorus of New York City.

Also in celebration of his 70th birthday, Lloyd Webber will be releasing a new album, “Andrew Lloyd Webber: The Platinum Collection” (Ume/Polydor; March 16), as well as his autobiography, “Unmasked, (published by HarperCollins on March 6).” In “Unmasked,” Lloyd Webber shares the details of his early personal and professional years, including his early artistic influences, with his signature humor and self-deprecating tone. He takes stock of his achievements, the twists of fate and circumstance that brought him both success and disappointment, and the passions that inspire and sustain him.

Last year Lloyd Webber became the only person to equal the record set in 1953 by Rodgers & Hammerstein with four shows running concurrently on Broadway (“Sunset Boulevard,” “Cats,” “The Phantom of the Opera” and “School of Rock”). Two of his shows are currently running on both Broadway and the West End: “School of Rock” and “The Phantom of the Opera.” His musicals have grossed more than $13.6 billion and have been watched by 300-plus million people across 44 countries. He has sold more than 40 million albums worldwide. In addition to his worldwide sales and audiences, Lloyd Webber has been recognized by critics and peers with numerous accolades and awards, including seven Oliviers, seven Tonys, three Grammys, one Golden Globe and an Oscar.

Considered to be the most successful composer of musicals in history, Andrew Lloyd Webber has won seven Tony Awards, three Grammy Awards, an Academy Award, a Golden Globe, the Kennedy Center Honor and many others. His musicals include “Joseph and the Amazing Technicolor Dreamcoat,” “Jesus Christ Superstar,” “Evita,” “Cats,” “The Phantom of the Opera,” “Sunset Boulevard” and “School of Rock.” This year his shows will be seen in over 200 cities around the world. Lloyd Webber owns seven West End theatres including the world famous London Palladium and the Theatre Royal Druly Lane.

Andrew is passionate about the importance of music in education and the Andrew Lloyd Webber Foundation has become one of Britain’s leading charities supporting the arts and music. In 2016 the Foundation funded a major new national initiative which endowed the American Theater Wing with a $1.3 million, three-year grant to support theatre education opportunities for underserved young people and public schools across the U.S.

A six-time Academy Award nominee, Glenn Close stars in the title role of the film adaptation of Meg Wolitzer’s bestselling novel, “The Wife,” due for release this year. For the reprisal of her Tony Award-winning role in Andrew Lloyd Webber’s musical “Sunset Boulevard” in 2016, Close won a London Evening Standard Theatre Award and was nominated for an Olivier Award. After making her feature film debut in George Roy Hill’s “The World According to Garp,” Close has starred in many films, including “Albert Nobbs,” “Fatal Attraction” and “101 Dalmatians.” Additionally, she won two consecutive Emmys as Best Actress in a Drama Series for her role in the critically acclaimed original legal thriller “Damages.” Close supports numerous charities, including Puppies Behind Bars, and is a founder of Bring Change to Mind, an organization dedicated to ending the stigma and discrimination associated with mental illness. She is Co-Chairman of the Conservation Council for Panthera, an international nonprofit, committed to the conservation of the world’s great cats.

A highly accomplished musician, songwriter, actor, film producer and philanthropist, Legend is one of the most versatile and talented artists in entertainment today. In 2015, he, along with Common, won the Oscar, Golden Globe and Grammy Award for their song “Glory” from the film “Selma,” which chronicled the 1965 civil rights march in Selma, Ala. The 10-time Grammy winner has released five studio albums and began his impressive Grammy run in 2006 when he won Best New Artist for his debut release “Get Lifted,” which captured Best R&B Album. “Get Lifted,” along with each of his next three albums – “Once Again,” “Evolver” and “Love in the Future” – reached the Top 5 in album sales on the Billboard charts and achieved gold status. As a film producer, Legend worked on the 2016 film sensation “La La Land,” in which he also appeared. In addition, Legend has acted in several TV and film productions, including “Underground,” “Curb Your Enthusiasm” and “Soul Men.” On Broadway, Legend won a Tony Award last year as a producer of August Wilson’s “Jitney,” which won for Best Revival of a Play.

Lin-Manuel Miranda is an award-winning composer, lyricist, and performer, as well as a 2015 MacArthur Foundation Award recipient. Miranda launched onto the Broadway scene 10 years ago with his Tony Award-winning musical “In the Heights” and has followed that success with his Pulitzer Prize and Tony-winning musical sensation “Hamilton.” He is the co-composer of Broadway’s Tony-nominated “Bring It On: The Musical” and contributed Spanish translations for the 2009 Broadway revival of “West Side Story.” In 2014, Miranda received an Emmy Award with Tom Kitt for their song, “Bigger.” He contributed music, lyrics and vocals to several songs in Disney’s animated feature film “Moana,” earning him an Oscar nomination and Grammy Award for the original song “How Far I’ll Go.” Additional TV/film credits include “Sesame Street,” “The Electric Company,” “House,” “Smash,” “How I Met Your Mother, “Saturday Night Live” (2017 Guest Actor Emmy nomination), “200 Cartas” and “The Odd Life of Timothy Green.” He can next be seen co-starring opposite Emily Blunt in Disney’s “Mary Poppins Returns,” set to hit theaters on Dec. 25. He has actively supported the relief efforts in Puerto Rico following the devastating effects of Hurricane Maria in September 2017 and created the benefit single “Almost Like Praying.” He lives in New York City with his wife, two sons and dog.

The Young People’s Chorus of New York City, founded in 1988 by MacArthurFellow Francisco J. Núñez on a mission of diversity and artistic excellence, harnesses the power of music to fulfill the potential of children musically, academically, and socially. Through the years, the program has heightened an awareness of the ability of young people to rise to unforeseen levels of artistry. More than 1,700 children from 8 to 18 of all cultural and religious backgrounds participate in this internationally renowned program, which has been recognized with a National Arts and Humanities Youth Program Award, America’s highest honor for youth programs. www.ypc.org