It’s late afternoon, and the winter light is fading in the high windows at the Bernie Wohl Center as members of the Young People’s Chorus of New York City at Goddard Riverside rehearse a song.

“En la cocina my mama is passing the day,” they sing, hunkered over their sheets of music.

The voices are clear and bright, but conductor Amber Salladin wants more. 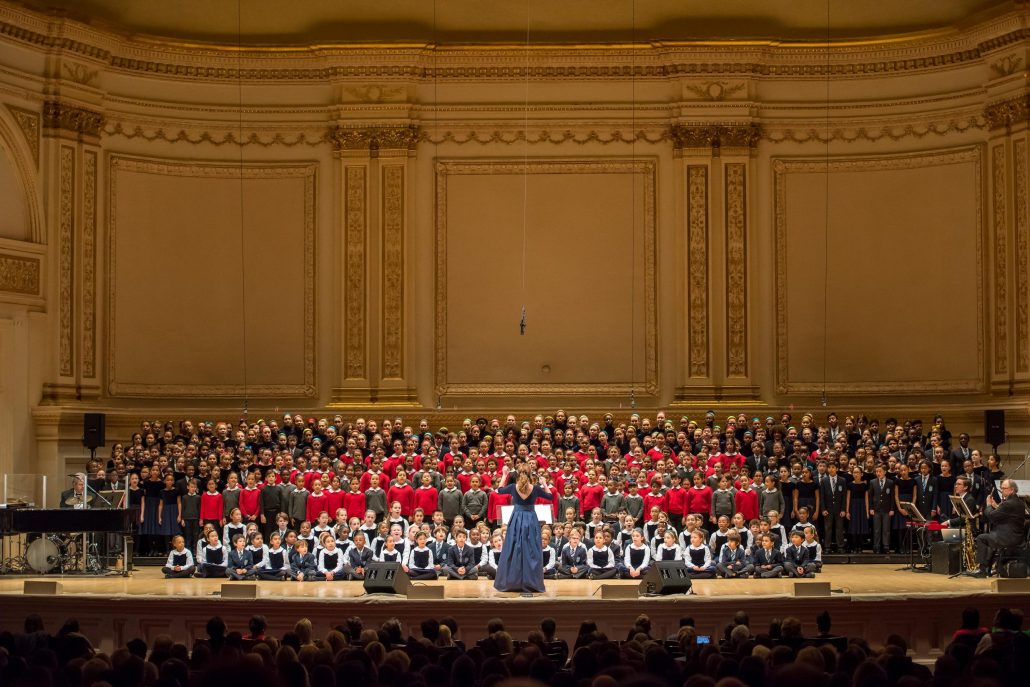 “Is this a song about sitting in a chair being bored? Is it a song about watching TV?” she teases them gently. “No, it’s a song about dancing!” The next time they sing, the faces are raised, the voices more animated; the children sway a little in their seats, not quite dancing, but capturing the joy in the music.

Expressing the joy of music, with precision and discipline, is something YPC does at a world-class level. The main chorus — Goddard Riverside is one of two YPC community programs — was founded in 1988 by Francisco J. Núñez, a musical prodigy from Washington Heights. It has won numerous accolades; in 2015 it became the first American chorus to win first place in the 57-year history of the Euroradio Choral Competition. That same year, it was invited by the Archdiocese of New York to sing for Pope Francis. Núñez won a MacArthur Foundation fellowship, popularly known as the “Genius Award,” in 2011.

But the chorus is about more than technical excellence; it also seeks to strengthen the bonds of community and overcome economic and cultural differences. The Young People’s Chorus of New York City at Goddard Riverside is open to all children aged 7 to 10 in our After School program, as well as any child in the neighborhood, regardless of which school they attend. “We try to get children from all over the place, with different backgrounds, so we can all learn from each other,” explains assistant conductor Maria Peña. “Some sing in their school chorus. Some have never sung a note in their lives.”

The YPC has a longstanding relationship with Goddard Riverside. Núñez attended our After School program. Before the main chorus moved to its permanent home on West 65th Street, the Bernie Wohl Center was one of the places where it rehearsed. In 2015, Goddard Riverside became host to one of YPC’s two community choruses.

“I’ve seen this outreach chorus since its inception and to see how far they’ve gotten in two years – it’s a dramatic difference,” says Goddard Riverside Community Arts director Susan Macaluso. “In the beginning it was hard to even get them to look at the conductor.”

Goddard Riverside’s chorus is now strong enough to join the main chorus for large-scale performances. And when it comes to scale, it’s hard to beat Carnegie Hall – where the combined choruses took the stage for a holiday concert in December.

“It’s breathtaking!” says one YPC staff member, recalling that night. “You’re on the stage and you see this historical hall and it’s BIG. It goes on forever!”

Conductor Amber Salladin remembers the chorus members’ excitement: “It was a highlight of my artistic life, seeing the joy of these children.” 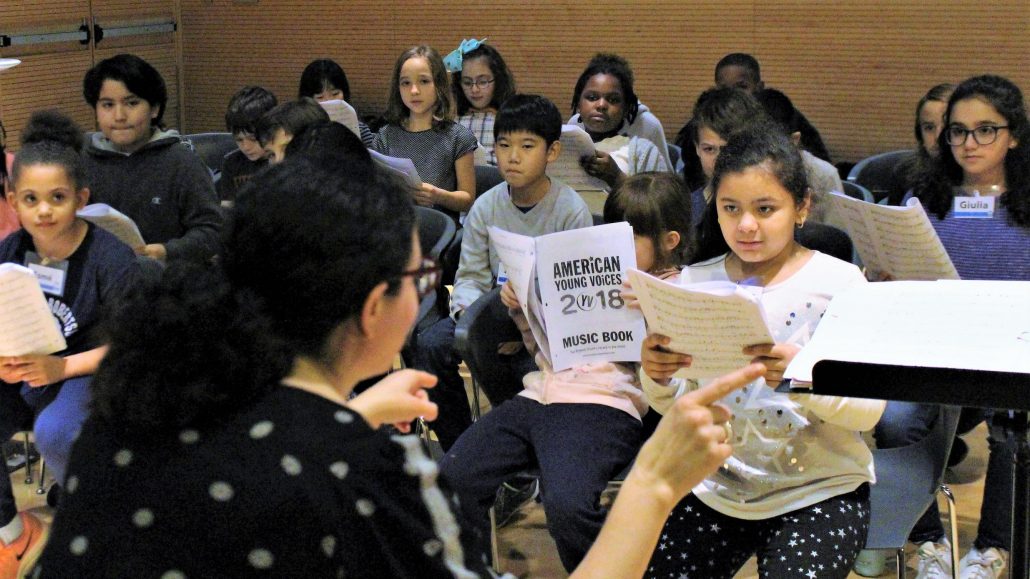 After School student Evalisse Lopez was one of those children. She joined the chorus in September of 2017. She’s always enjoyed singing, and says YPC has helped her get better at singing high notes.

“You don’t use all your air at once,” she explains; “you use it slow.”

Lopez wasn’t intimidated by the grandeur of Carnegie Hall. She says the support of being among friends, and the discipline of YPC’s training, carried her through.

“When we walk in the door as a chorus, we’re not playing around,” she says. “This is an opportunity to let it shine. We call it being a young artist.”