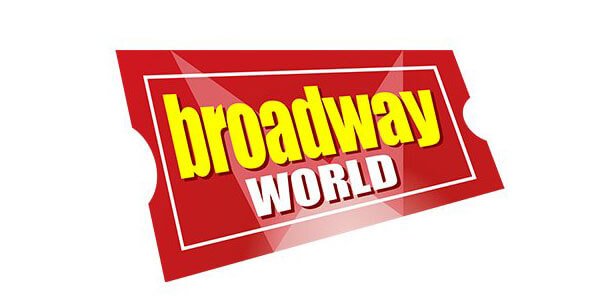 “can I have it without begging, an inter-generational live music and dance collaboration between choreographer Megan Williams and award-winning composer Eve Beglarian, will have its world premiere at Danspace Project, March 26 – 28, 2020. can I have it without begging is comprised of four connected repertory dance works in conversation with existing compositions from Beglarian’s catalogue as well as two newly commissioned world premiere pieces. It features performers from Megan Williams Dance Projects, live music, vocals from the Young People’s Chorus of New York City, and an all-star cast of new-music luminaries.

Williams and Beglarian first met as girls in 1974, but only collaborated for the first time in 2016, when they performed together in an exploration of Play Like A Girl with Beglarian on toy piano. They have been laying the groundwork for a more expansive collaboration ever since, and have prepared an event that celebrates strategic beauty, messy structure and their shared commitment to the poetic in life and art.

My Great Desire is a world-premiere ballet set to five sections of Beglarian’s Machaut In The Machine Age series. The work interrogates and agitates the classical lexicon while forging a narrative around attention, longing, and the finely drawn and oft-severed line between desire and love. Beglarian has been writing responses to 14th-Century Guillaume de Machaut’s secular songs since the 1980s and has added a new vocal piece for these performances.

Five Things is a reboot of a duet that premiered in the 2018 DANCE NOW Festival, and now features performances by Williams and Esme Boyce; and Swift Bird (Another Five Things), a solo for Williams that explores the vulnerability and perseverance of the aging solo performer. Both musical works are based on Chinese Zen sayings – the first written in response to the events of 9/11 and the second a newly commissioned companion to it.

Play Like A Girl, is a raucous and contemplative suite of dances set to Beglarian’s variations on the Bulgarian folk tune Kval Siri, where adult dancers mine the self-assuredness of their pre-adolescent selves through physical memories of play.

Megan Williams is an independent dance artist, choreographer, in demand teacher and repetiteur. Her choreography has been produced throughout the United States. In addition to performing her own work, she can be seen dancing with choreographer Rebecca Stenn and in Netta Yurashalmy’s Paramodernities project. In 1988, she joined the Mark Morris Dance Group, dancing for 10 years, touring worldwide, teaching, and appearing in several films, including Falling Down Stairs (with Yo Yo Ma), The Hidden Soul of Harmony, The Hard Nut and Dido and Aeneas. Her dancing with MMDG was named “an unusual blend of delicate precision and sensuous fluency…..with considerable strength and profound musicality.” (Tobi Tobias for New York Magazine).Williams continues her affiliation with Morris, as guest ballet master , guest rehearsal director, and as a stager of his works.

Megan Williams Dance Projects was founded in 2016 with the mission of interrogating and elevating the human experience through the research, creation, production and performance of contemporary dance works. The company was a DANCE NOW Commissioned Artist in 2018 , premiering Williams’ first full evening work, One Woman Show to great acclaim at Joe’s Pub in NYC which was hailed as “whip-smart and vastly entertaining” (Deborah Jowitt for Artsjournal), and was recently in the Fridays at Noon series at the 92nd Street Y, and part of the Dance Off the Grid series at the Emelin Theater in Mamaroneck, N.Y. Megan Williams Dance Projects

Composer and performer Eve Beglarian “is a humane, idealistic rebel and a musical sensualist” (Los Angeles Times). A 2017 winner of the Alpert Award in the Arts for her “prolific, engaging and surprising body of work,” she has also been awarded the 2015 Robert Rauschenberg Prize from the Foundation for Contemporary Arts. Beglarian’s recent projects include a collaboration with writer/performer Karen Kandel and director Mallory Catlett about women in Vicksburg from the Civil War to the present, a piece about the controversial Balthus painting Thérèse Dreaming for vocalist Lucy Dhegrae, and a duo for uilleann pipes and organ that premiered at Disney Hall as part of the Los Angeles Philharmonic’s 100th anniversary celebrations. Beglarian’s chamber, choral, and orchestral music has been commissioned and widely performed by major orchestras across the country, and by individual performers including Maya Beiser, Sarah Cahill, Lauren Flanigan, Marya Martin, and Mary Rowell. Highlights of Beglarian’s work in music theater includes music for Mabou Mines’ Obie winning Dollhouse, Animal Magnetism, Ecco Porco, Choephorai, and Shalom Shanghai, all directed by Lee Breuer; Forgiveness, a collaboration with Chen Shi-Zheng and Noh master Akira Matsui; and the China National Beijing Opera Theater’s production of The Bacchae, also directed by Chen Shi-Zheng. Performance projects include Brim, Songs from a Book of Days, The Story of B, Open Secrets, Hildegurls’ Ordo Virtutum, twisted tutu, and typOpera. https://www.evbvd.com

can I have it without begging will run for three performances, March 26 – 28, 2020 at Danspace Project, St. Mark’s Church, 131 E. 10th Street, New York, NY 10003. Tickets will be available after January 20 at http://www.danspaceproject.org. For more information, visit Megan Williams Dance Projects