[The Daily Gazette] Arts: Kids with a wide range of skills

Kids with a wide range of skills

“Francisco Nunez continues to be amazed at how far his Young People’s Chorus of New York City has come. The chorus now celebrating its 31st anniversary will perform on Sunday at the First United Methodist Church. It is their third visit.

‘When I started I was hoping to reach as many kids as possible,’ Nunez said. ‘We’ve been able to do that by breaking through a segment of society where kids in the same school would sing just with each other, and now all kids from different cultures and economic strata come together. That’s a big deal and kind of unique.’

From starting with nine kids from different neighborhoods through the city’s Kids Aid program, the chorus has grown to 2,000 children in six after-school choruses and two community programs.

‘In society we’re always talking about coming together but in this world there are so many things that separate us,’ Nunez said. ‘I wanted to make diversity normal.’
But Nunez, a former piano performance graduate of New York University, wanted the kids to learn more than just how to sing together.

‘People think fun, educational, but I wanted YPC to be high level,’ he said.

The kids, who range in age from 7 to 18, learn a wide range of music and dance routines to go with the singing. Their program on Sunday is typical as it includes works by Mozart, Billy Joel, Leonard Bernstein, Brazilian and African-American songs, Paul Simon and George Gershwin.

He also wanted the chorus to be able to travel and be known world-wide. He’s succeeded.

The chorus first began competing in 1997. In the last decade, however, they’ve won several competitions including European radio competitions, was chosen Choir of the World at the International Chorus Competition in Canada last year, making them the first North American choir to ever win that designation as well being voted the People’s Favorite. They’ve also been on programs with the Mostly Mozart festival, the Tokyo Philharmonic and recently debuted with the New York Philharmonic in Julia Wolfe’s ‘Fire in My Mouth’ — a piece that Nunez said was ‘life changing.’

On average they do 100 concerts a year as well as the occasional commercial and NYC parade.

The teenage chorus is also well traveled and has toured to five continents and participated in competitions in Sweden, Japan and China. Nunez himself received the 2011 MacArthur ‘genius’ Grant.

Getting into one of YPC’s choruses is not as easy as it used to be.

‘Most choruses are maxed out with 120 kids each,’ Nunez said. ‘It used to be ten kids wanted to audition. Now it’s 100. We can’t take all because we have to maintain quality. Attrition is very small. Discipline is high as they can’t miss rehearsals.’

The other aspect of the chorus is that Nunez wants the kids to do well in school and go to college. About thirty of the former chorus members graduate each year.

Nunez is especially looking forward to conducting the Sunday concert. During the 1980s, he ran track for Manhattan’s Power Memorial Academy at a meet in Schenectady.

‘So I have fond memories of Schenectady,’ Nunez said.” 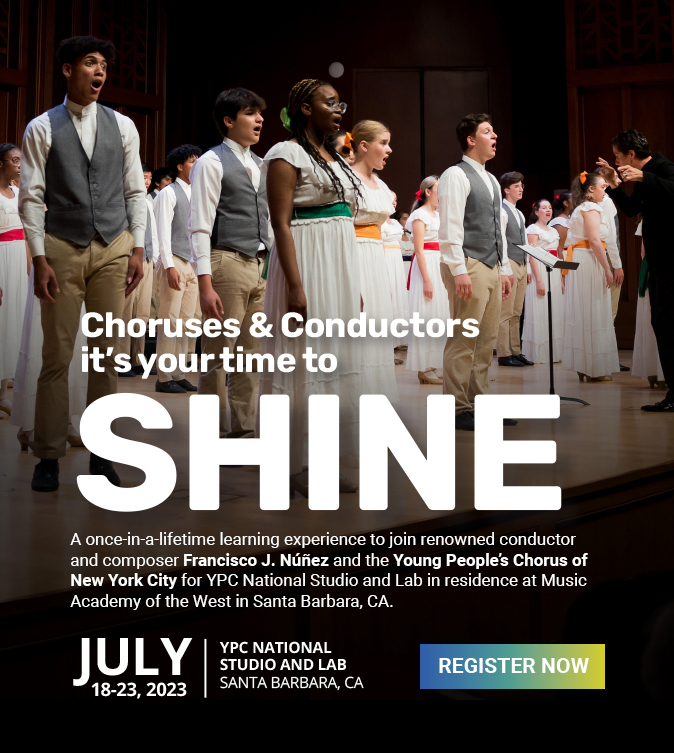