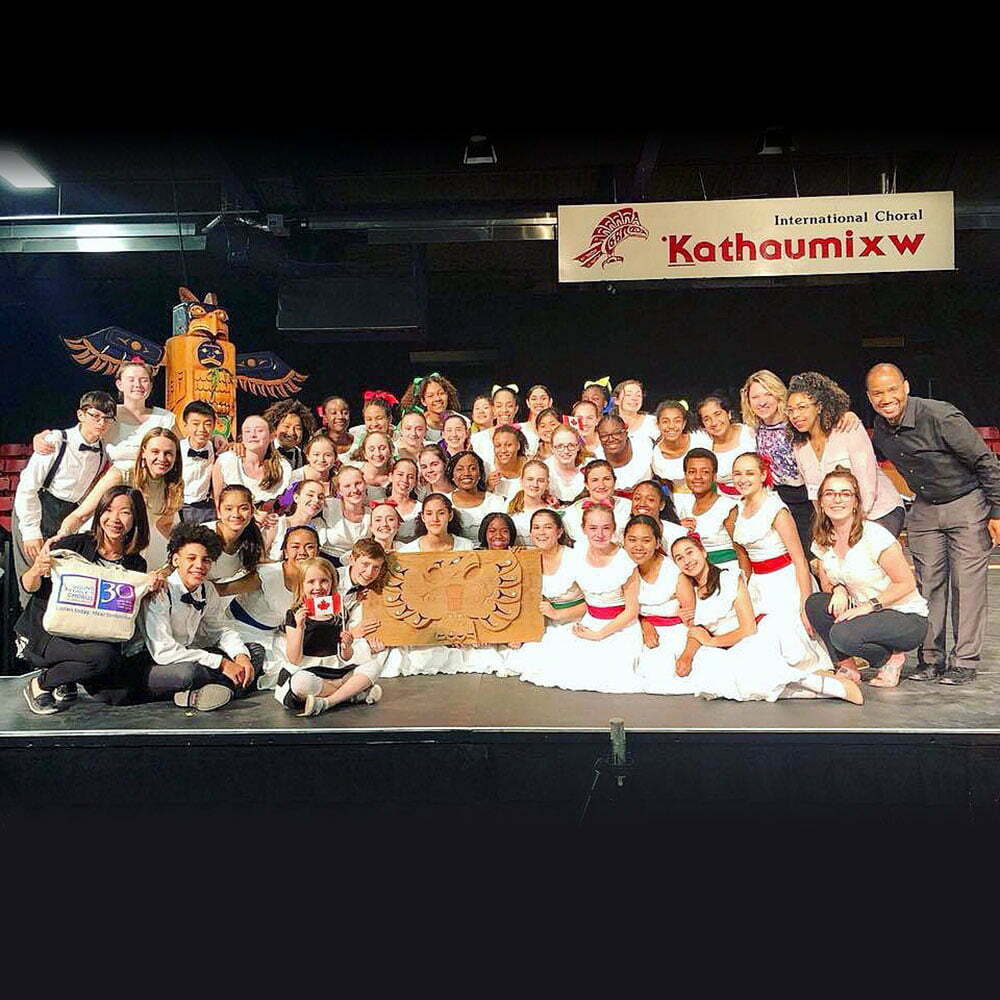 Young People’s Chorus of New York City becomes first group from North America ever to win Choir of the World at Kathaumixw.

“Across the continent and in a very urban environment, Francisco Nunez had a similar vision of how music could open doors of possibility to young people when he founded Young People’s Chorus of New York City in 1988. A group of 45 singers aged 13 to 16 attended the Kathaumixw festival under the direction of associate artistic director Elizabeth Nunez and took the festival’s top prize, Choir of the World at Kathaumixw.

It was the first time a group from North America has ever achieved the honour. For most of its members, this was their first trip to Canada, let alone Powell River, said Nunez.

‘New York City is a little strange in that a lot of children can live in their neighborhood for a very long time and never venture out, much less into another part of the world,’ she said. ‘Part of our mission is to bring children from all walks of life together. To not only expose them to different neighbourhoods here in our city but also to different parts of the world.’

‘They had everything,’ he added. ‘A lot of choirs are very good in voice production and stylistic singing, but they had proper style, movement, a varied repertoire and everything was very polished.’

It was not just their onstage performance that impressed James and the other jurors.

‘It was also their attitude, presentation and interaction with other people,’ said James. ‘It was impressive for kids.’

Programs offered by the Young People’s Chorus are open to all children. Most who join have no musical background or singing experience. Singers practice an average of six hours per week during the year with much more time dedicated to rehearsals before a performance or tour.

Academic success and life skills are another big component of the program. Tutors are available for choristers in all academic subjects as well as special courses on SAT preparation and financial literacy. To date, 100 per cent of the choristers have gone on to post-secondary education and more than 80 per cent receive scholarships.

‘We’re very mindful about it,’ said Nunez. ‘We send children out into the world and some of them go into music as a career but most of them do not. We’re trying to create good citizens.’

Singing in a choir is an exercise in teamwork and community, according to Nunez, something she said was remarkable about the choir’s experience in Powell River.

‘We were so impressed and delighted with the people we met and so amazed by the number of volunteers it takes to run the Kathaumixw festival,’ she said. ‘What a beautiful thing it is for your city. What struck me the most was how much the volunteers and the town cared about the arts and about music. It was really fantastic to be there.'” 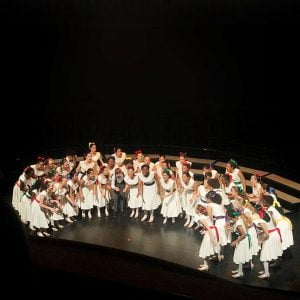 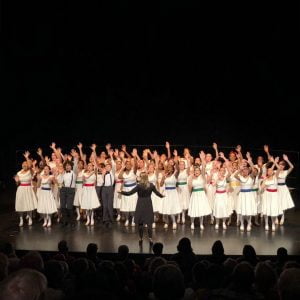 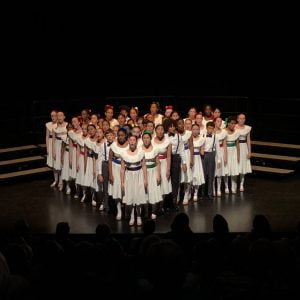