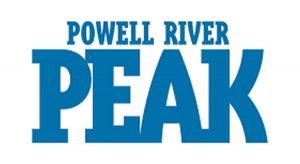 “As usual, Powell River lived up to its reputation as a centre of culture and arts. Festivals and artistic inspiration were to be found everywhere.

2018 was an International Choral Kathaumixw year, and the festival which brings musical talent from around the world did not disappoint. Hometown pride was on display at the Awards Concert when Powell River-born-and-raised singers Lauren Huguet, 15, and Jeremy Hopper, 19, both won the top prizes in their categories for vocal solo competitions.

“Young People’s Chorus of New York City took the festival’s top prize, Choir of the World at Kathaumixw. It was the first time a group from North America has ever achieved the honour.”

Powell River’s newest musical gathering, The Townsite Jazz Festival, launched last spring and was by all accounts a huge success. The event featured a unique blend of a professional jazz festival with university-level and high school music festivals. Students had opportunities to workshop and perform with seasoned professionals and the Max Cameron/Brooks Secondary Alumni Jazz Band was a crowd favourite.

Finally, Chor Musica celebrated its 20th anniversary this year. Originally known as Chor Pacifica, the choir was formed by former mill owner Pacifica Papers as a men’s choir for current or retired employees. It now welcomes all male singers throughout the community.”