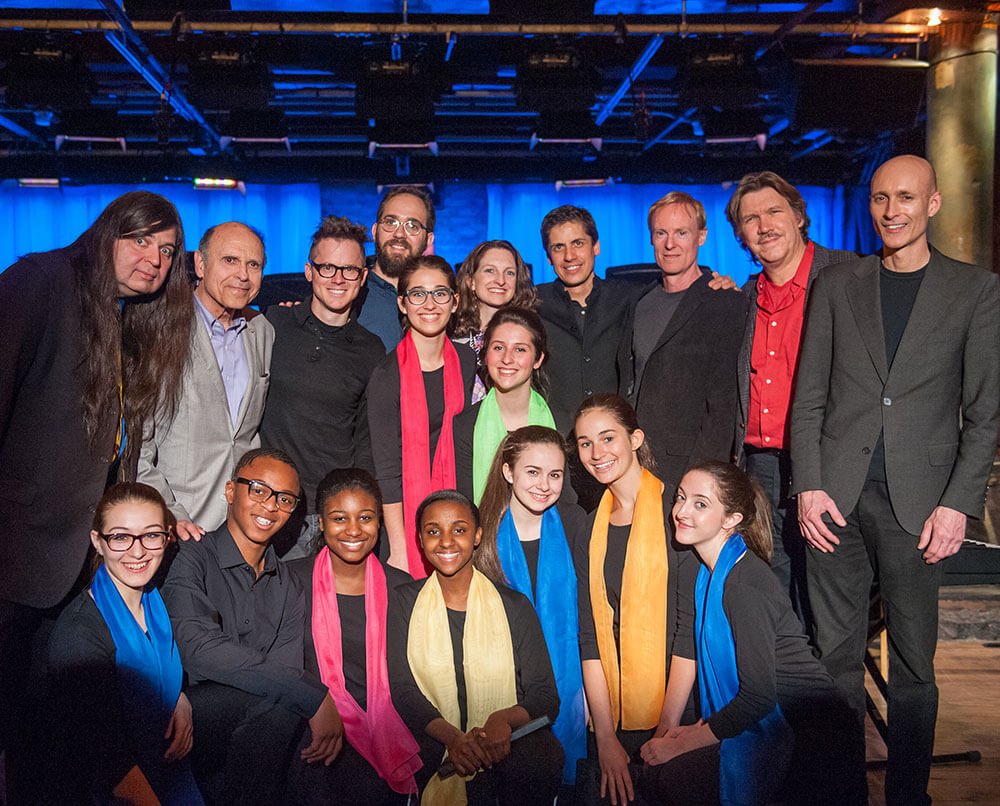 Vocal Currents: Music in our Changing World, the third commissioning series of the Young People’s Chorus of New York City, which premieres at Merkin Hall on November 3 with eight new commissions, is once again reimagining and redefining today’s music. Vocal Currents brings YPC’s young singers together with composers to spark the creative process by mining the choristers’ thoughts, visions, and imaginations to create the music of tomorrow…music they can make their own…and finally, music, they can share with YPC’s network of community and school choruses across the country.

Since YPC premiered its first Transient Glory commissions in 2001, the eyes and ears of both music lovers, and especially composers, have been opened to the distinctive quality and beauty of a child’s voice. Eight years later in 2009, YPC added a new commissioning series for young voices – Radio Radiance. This series featured shorter commissions from visionary composers meant to excite and challenge the music perceptions of young people with new works that redefined the idea of what classical music could be.

Now, in tandem with the November 3 concert, YPC will begin releasing five new podcasts of its most recent Radio Radiance commissions. The podcasts are created and hosted by WWFM’s David Osenberg. The first episode is available now with Caroline Mallonée and her compelling, but quirky, work about Google, entitled “Search.”

In subsequent weeks, the podcasts will feature Aaron Siegel’s “The Mysteries of Nothing,” Ryan Lott’s (aka Son Lux) “We Will Find Each Other,” Frank J. Oteri’s “Love Games,” and Samuel Adler’s “Fable of Fables.”

Listen to the episodes now: