The concert began dramatically, as the audience was immersed in total darkness. Then, points of light filled the stage as 600 children in YPC’s after-school program opened the program with “Little Drummer Boy.”

From there, the non-stop, holiday celebration continued with a magical winter wonderland of festive music and dance from around the globe. YPC’s young choristers sang from every corner of David Geffen Hall: the stage, the tiers, and in the aisles led by YPC conductors.

Joining YPC once again was one of the singers’ favorite guest artists, Lester Lynch, whose acclaimed baritone resounded throughout the hall in a solo work and later with all 600 singers in an unforgettable performance of “O Holy Night.”

To close the evening, the conductors invited the audience to join with the choristers  in singing “Fa La La,” a compilation of everyone’s favorite holiday songs, followed traditionally by the YPC anthem, “Give Us Hope.” 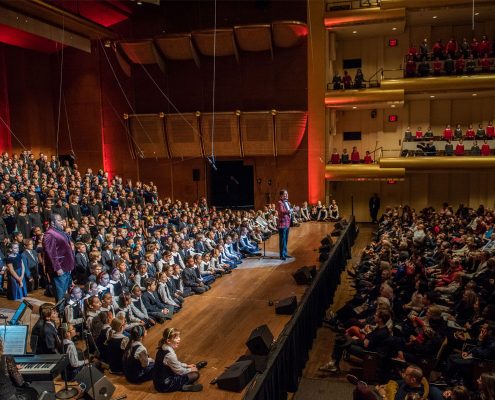 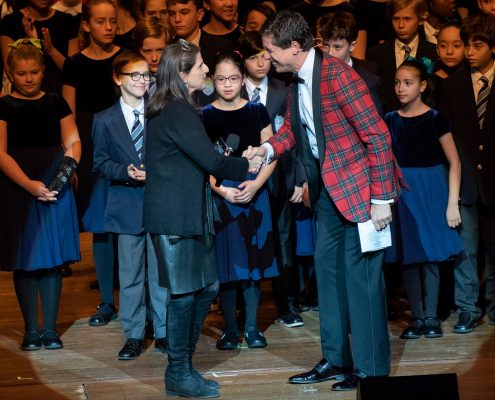 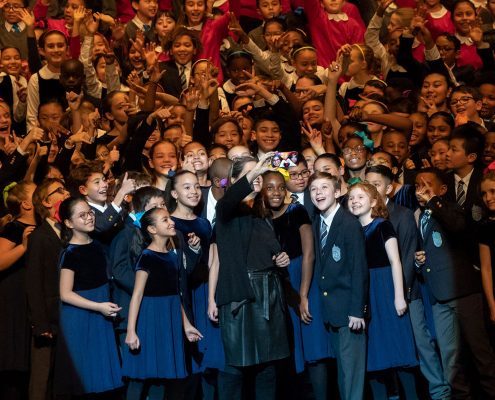 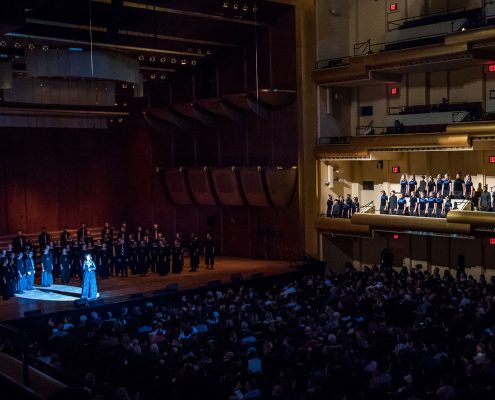 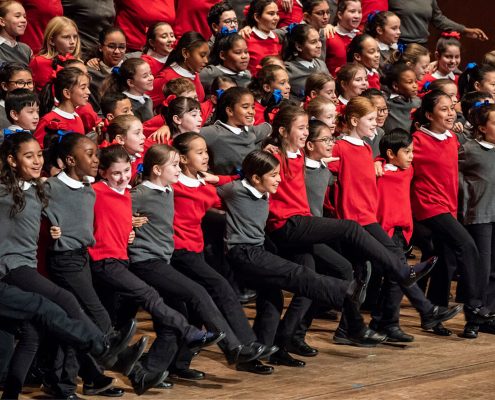 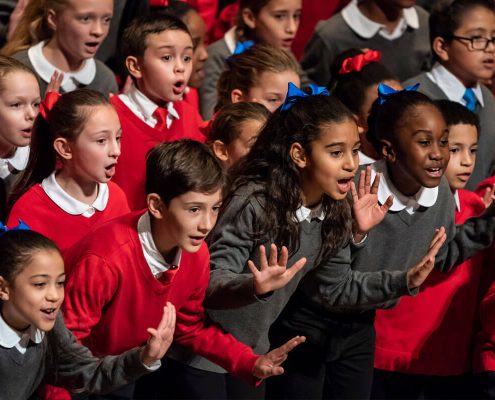 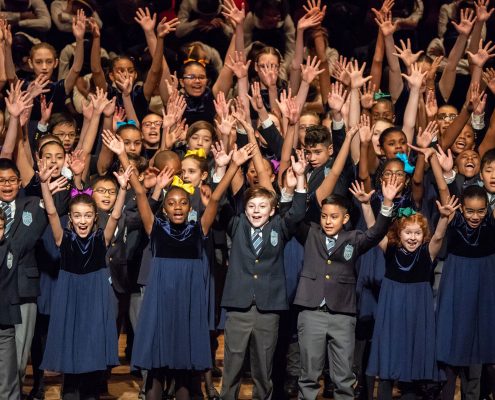 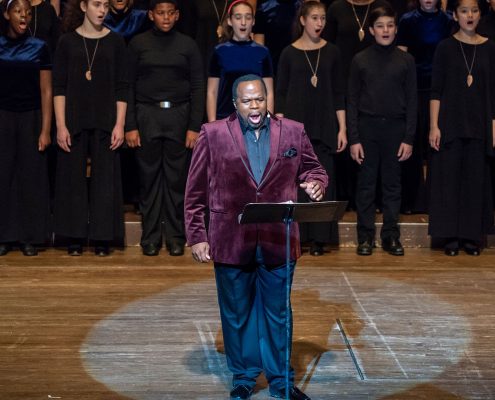 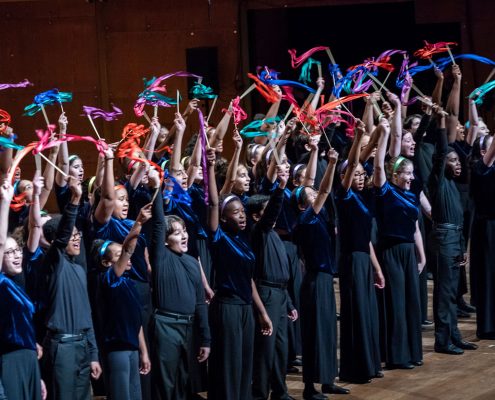 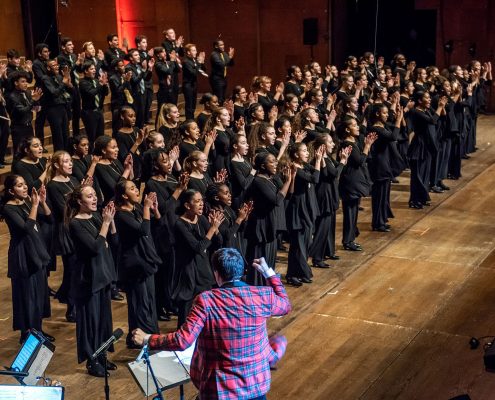 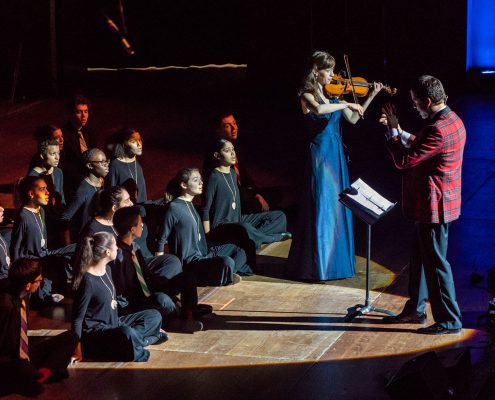 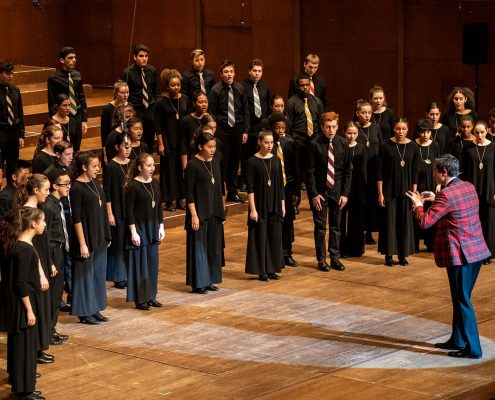 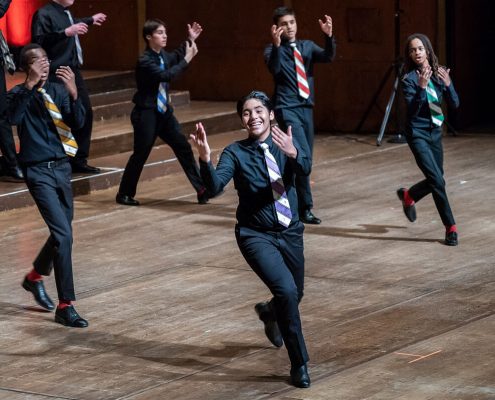 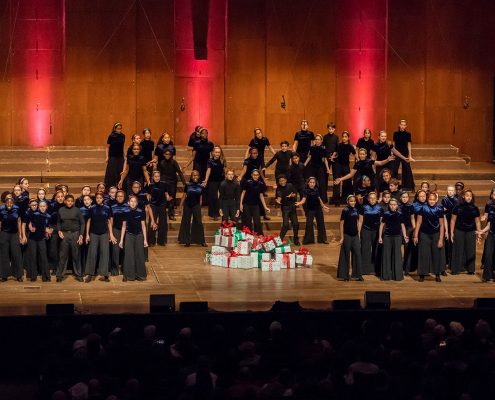 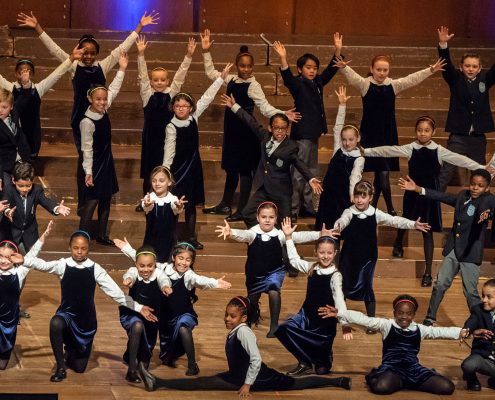 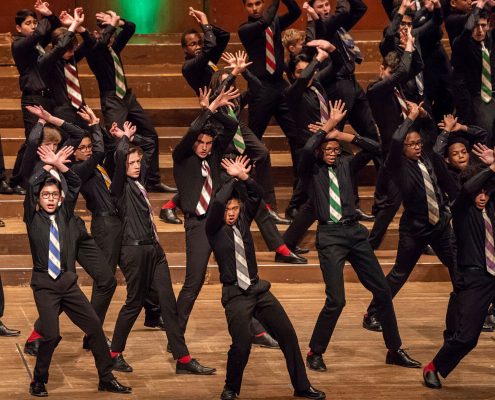