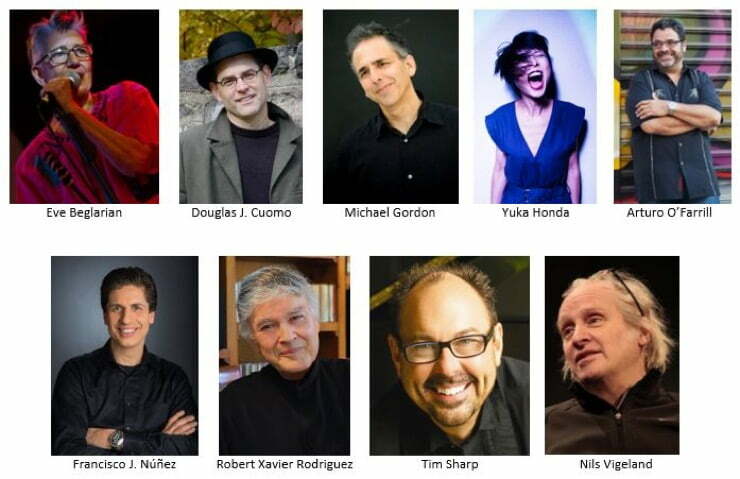 NEW YORK, NEW YORK (September 24, 2018) — Over its 30-year history, the Young People’s Chorus of New York City (YPC) has been at the forefront of commissioning today’s leading composers to explore the distinctive quality of children’s voices, and it continues this mission with the latest YPC concert and commissioning series, Vocal Currents: Music in our Changing World. The series’ inaugural concert, featuring YPC commissions and world premieres, takes place at Merkin Concert Hall on Saturday, November 3 at 8:00 p.m. and is hosted by radio personality John Schaefer, host of WNYC’s Soundcheck. YPC’s Vocal Currents series challenges composers to express in music for young people the currents of thought and feeling that animate our lives today, while challenging YPC choristers with new and innovative works that reflect the world they live in. YPC will also share these works, as well as future Vocal Currents commissions, with children’s choirs in communities and schools around the world, so that all can benefit from these important additions to the repertoire.

Tickets priced at $25 (students: $15) are on sale now at kaufmanmusiccenter.org.

“At YPC, we’ve always recognized the unique power of young people to join together as voices for our time, and to do so in a vibrant and electric way,” said YPC Founder and Artistic Director Francisco J. Núñez, who conducts the November 3 performance. “With Vocal Currents, we continue to bring our choristers together with talented composers who can realize their potential, through commissions sparked and energized by the sounds that surround us and ideas that inspire us today.”

The program comprises the following works:

Additional premieres and commissions by YPC this season include works by composers Jessie Montgomery, Paola Prestini, and Julia Wolfe.

Major support for Vocal Currents: Music in our Changing World is provided by the Howard Gilman Foundation. Special thanks to The ASCAP Foundation, The Aaron Copland Fund for Music, Alice M. Ditson Fund of Columbia University, and Amphion Foundation for supporting new music commissions and performances, and the Witherspoon Fund of the New York Community Trust for supporting new work by female composers.

Now celebrating its 30th anniversary, the Young People’s Chorus of New York City is a world-renowned youth chorus founded in 1988 on a mission of diversity, artistic excellence, and education by Artistic Director Francisco J. Núñez, a MacArthur Fellow and Musical America’s 2018 Educator of the Year. Under the leadership of Mr. Núñez and Associate Artistic Director Elizabeth Núñez, the program harnesses the power of music to fulfill the potential of children, heightening an awareness of the ability of children to rise to unforeseen levels of artistry. Nearly 2,000 children from ages 8 to 18 participate annually in YPC through its after-school, in-school, and community programs. YPC is a recipient of the National Arts and Humanities Youth Program Award, America’s highest honor for youth programs.

Tickets priced at $25 (students: $15) will be on sale shortly from kaufmanmusiccenter.org.