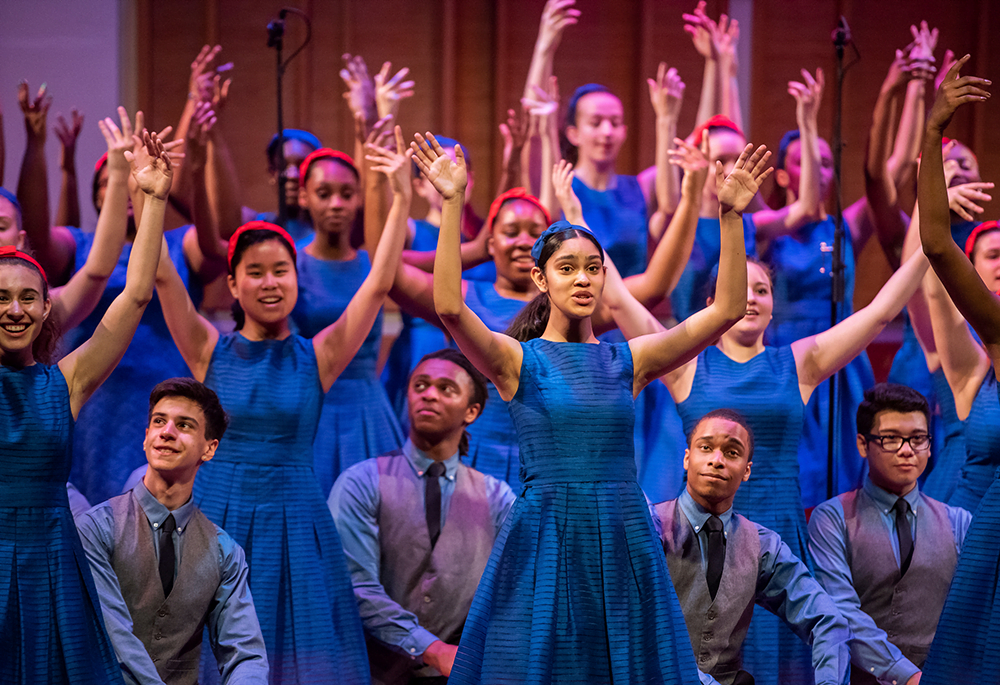 NEW YORK, NEW YORK (February 26,  2019) — Young People’s Chorus of New York City, under the direction of Artistic Director/Founder Francisco J. Núñez, marks the start of their fourth decade with “Listen to the Music,” a non-stop, high energy Gala Evening on Tuesday, March 12, at Jazz at Lincoln Center.  It opens at 7 p.m. with YPC’s award-winning choristers and special guest artists Ashley Brown and Nmon Ford in a musically diverse program, highlighted by the sounds of “The Seventies” and continues with dinner in the Mandarin Oriental.

Hosted by YPC Associate Artistic Director Elizabeth Núñez and directed and choreographed by Jacquelyn Bird, the concert includes a musical excursion back to the days of the Bee Gees, Queen, Elton John, and Leonard Bernstein…with exciting choreography to match. YPC’s choristers will also join baritone Nmon Ford, fresh from his recent triumph in Bernstein’s Mass at Mostly Mozart, in excerpts from the Mass, and will join Ashley Brown in a medley of songs from Mary Poppins, the role she originated on Broadway.

The entire Gala Evening is a celebration of YPC’s Corporate Leadership Honoree Laura Schwab, President of Aston Martin The Americas, and its Humanitarian Honoree Alexa Davidson Suskin, Executive Director of The Robert and Mercedes Eichholz Foundation.
Concert-only sponsorship tickets, as well as tickets to the entire gala evening, are available at ypc.org/gala-form-2019, by emailing ypcgala@ypc.org, or by calling 212-289-7779, ext. 16.

Young People’s Chorus of New York City (YPC) is a multicultural youth chorus internationally renowned for its superb virtuosity and brilliant showmanship.  Founded in 1988 by Artistic Director Francisco J. Núñez, a MacArthur Fellow and Musical America’s Educator of the Year, YPC has created an awareness of the ability of young people to rise to unforeseen heights of artistry. Each year nearly 2,000 New York City children benefit musically, academically, and socially through YPC’s after-school and in-school programs.  Today, YPC is reaching hundreds more through its YPC National program in Tenafly, NJ; Austin, TX, Minneapolis, MN, Savannah, GA, and in the Dominican Republic.  Among YPC’s many awards is America’s highest honor for youth programs, a National Arts and Humanities Youth Program Award. www.ypc.org 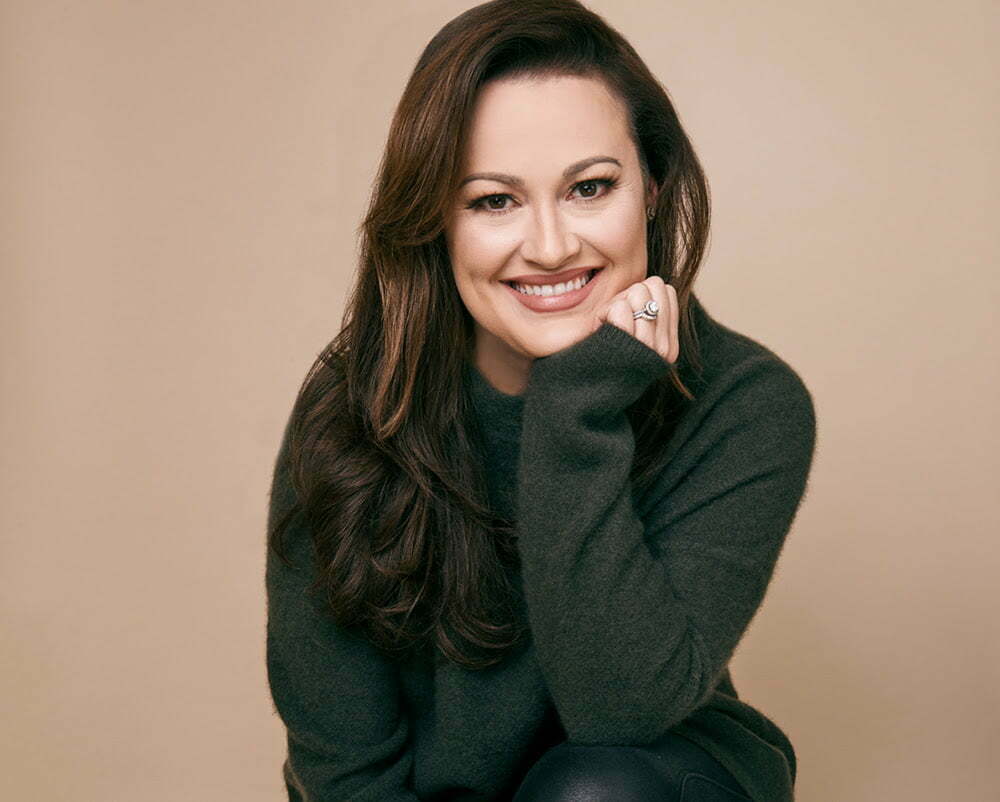 Broadway star Ashley Brown originated the title role of “Mary Poppins” on Broadway, and received “Best Actress” award nominations from the Outer Critics, Drama League, and Drama Desk Awards, as well as a Garland Award for “Best Performance in a Musical” in the “Mary Poppins” national tour. She has also performed with virtually all of North America’s top orchestras, and most recently, in her fifth performance with the New York Pops, she sold out two performances at Carnegie Hall.  Ms. Brown’s album of Broadway and American Songbook standards, “Speak Low” is available on Ghostlight/Warner Brothers.

Panamanian-American baritone Nmon Ford opened the 2018-19 season with his company and role debut as Crown in “Porgy and Bess” with London’s English National Opera, following his triumphant debut in Lincoln Center’s Mostly Mozart Festival this past summer as the “eloquent” (Financial Times)  Celebrant in Leonard Bernstein’s “Mass.”  Other performances this season include concert and opera performances throughout Europe and America and include a revival of his role of Don Pizzaro in “Fidelio,” this time with the Atlanta Symphony Orchestra.  In his performance of this role with the Cincinnati Opera, USA Today wrote, ”His presence electrified whenever he was on the stage.” 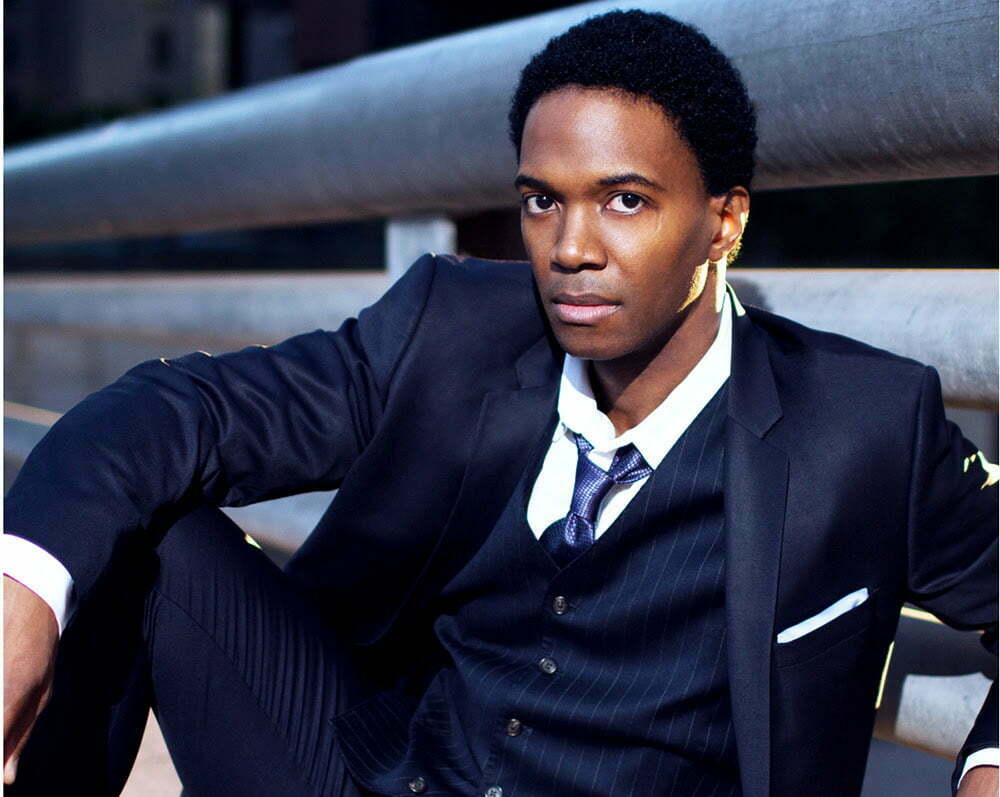