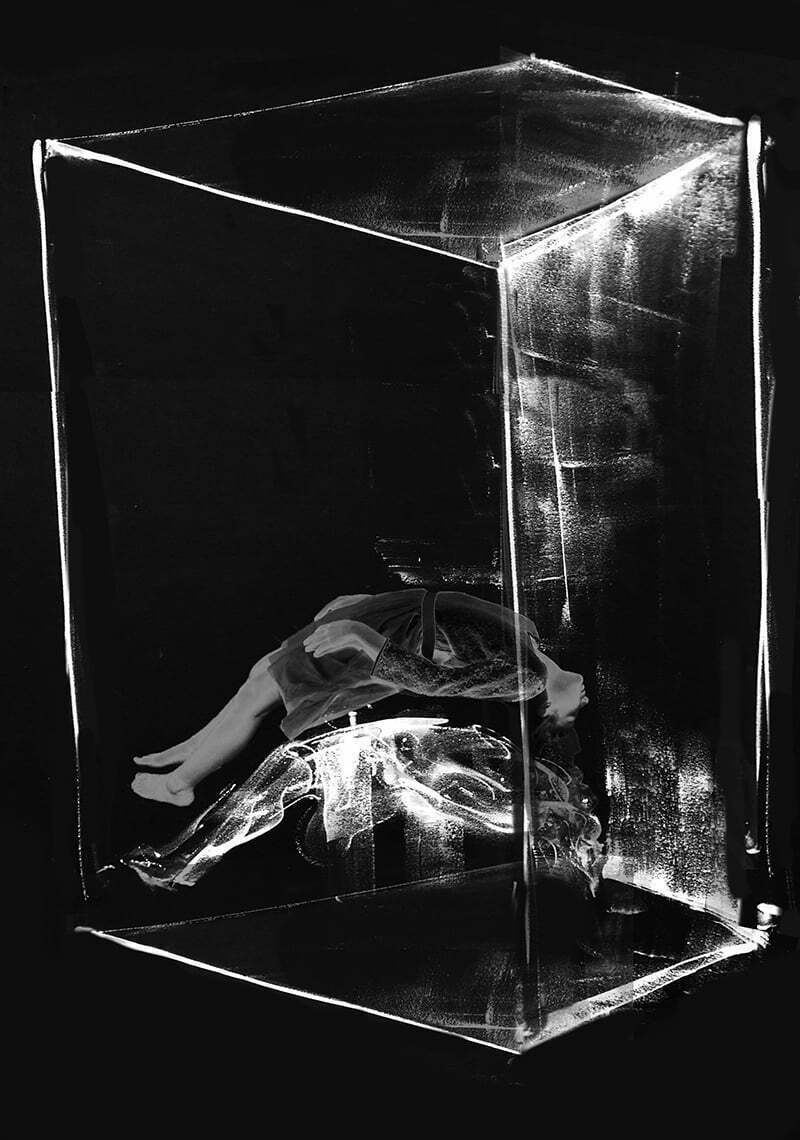 Artwork by Kevork Mourad for Paola Prestini’s The Glass Box

NEW YORK, NEW YORK (June 1, 2018) — The Young People’s Chorus of New York City® (YPC) partners with Yale Choral Artists for two concerts in New Haven and New York that explore the theme of citizenship—Saturday, June 16 at 2:00 p.m. at the Yale School of Music’s Morse Recital Hall and Monday, June 18 at 8:00 p.m. at Merkin Concert Hall, respectively. The performances feature works that engage with such topics as immigration, inclusion, and national identity, including world premieres of Paola Prestini’s The Glass Box (YPC and Yale Choral Artists co-commission; to be performed June 16 and 18) and Arturo O’Farrill’s Borderless (YPC commission; to be performed June 18), as well as works by Dominick DiOrio, Michael Gordon, David Lang, and YPC Founder and Artistic Director Francisco J. Núñez, among others. The two choirs sing separately as well as together, and both Mr. Núñez and Yale Choral Artists Director Jeffrey Douma conduct. The performance in New Haven is programmed within the Yale International Choral Festival, which is part of the International Festival of Arts & Ideas.

YPC chose to focus on the topic of citizenship with Yale Choral Artists because of its relevance to many young people today, including YPC choristers. Reflecting on the pressures to assimilate within communities that are often divided along racial lines, one chorister said: “Why do we look at a person’s face rather than what’s on the inside? … My friendships should be my choice, not history’s choice.” Another chorister, whose mother emigrated from Jamaica, said that over the course of his YPC experience, he “began to realize that music is a universal language that can bring people of all different backgrounds together.”

In New Haven, YPC and Yale Choral Artists will sing the world premiere of their new co-commission from Paola Prestini, The Glass Box. The composer describes the piece as follows:

“The Glass Box is a concert work for double chorus that follows the illness of young refugees in Sweden who fall into a coma-like sleep when their families are slated for deportation, a syndrome known as uppgivenhetssyndrom, or “resignation syndrome.” … Throughout the work, the sensory experience of the sleeping children is explored.”

Co-creators of the work are librettist Royce Vavrek, whose opera Angel’s Bone with composer Du Yun won the 2017 Pulitzer Prize for Music, and Syrian visual artist-performer Kevork Mourad, a member of the Silkroad Ensemble who has explored the realities of life as a refugee in a variety of projects. The work is sung by both YPC and Yale Choral Artists, with accompanying visuals by Mr. Mourad. Mr. Douma conducts in New Haven at the first performance, and Mr. Núñez conducts the New York premiere.

In addition to The Glass Box, the New York program will feature the world premiere of Arturo O’Farrill’s Borderless, commissioned and sung by YPC. About the work, which features the Haven String Quartet alongside the choir, the composer says that “this piece was inspired by the idea that citizenship is not a national reality … Our home is the earth and we are one people.” The text of Borderless comes from Eric Gamalinda’s poem “Dreamers.” Mr. Núñez conducts, and Mr. O’Farrill will speak to the audience about the work immediately prior to its performance.

Other works on the two programs also explore the theme of citizenship. For instance, David Lang’s the national anthems is constructed out of the national anthems of all United Nations member states; Bernstein’s West Side Story depicts the ethnic diversity of New York due to immigration; and Daniel Brewbaker’s cantata is based on poems about the search for one’s origins and identity.

The Young People’s Chorus of New York City is a world-renowned youth chorus founded in 1988 on a mission of diversity, artistic excellence, and education by Artistic Director Francisco J. Núñez, a MacArthur Fellow and Musical America’s 2018 Educator of the Year. Under the leadership of Mr. Núñez and Associate Artistic Director Elizabeth Núñez, the program has harnessed the power of music to fulfill the potential of children, heightening an awareness of the ability of children to rise to unforeseen levels of artistry. Over 1,700 children from ages 8 to 18 participate annually in YPC through its after-school, in-school, and community programs. YPC is a recipient of the National Arts and Humanities Youth Program Award, America’s highest honor for youth programs. For more information, visit ypc.org.

The Yale Choral Artists is a professional choir founded by the Yale School of Music and the Yale Glee Club to enhance and enrich Yale’s strong commitment to the choral arts. The choir is a project-based ensemble comprised of leading singers from around the country and is directed by School of Music faculty member Jeffrey Douma. Current members of the Choral Artists also perform in the ranks of such acclaimed ensembles as the Trinity Wall Street Choir, Chanticleer, the Handel and Haydn Society Chorus, the Oregon Bach Festival Chorus, Voices of Ascension, Conspirare, and many others, and are also leading concert soloists, particularly in the area of early music. For more information, visit music.yale.edu.

Paola Prestini is an “imaginative composer” (The New York Times), “Visionary-In-Chief” (Time Out New York), and the Co-Founder and Artistic Director of Brooklyn venue National Sawdust. Her music has been commissioned by and performed at The Cannes Film Festival, Carnegie Hall, the Kennedy Center, BAM, the Barbican Centre, The Los Angeles Philharmonic, The Los Angeles Opera, The New York Philharmonic, and the Choir of Trinity Wall Street, among others. She has collaborated with poets, filmmakers, conservationists, and astrophysicists in large-scale multimedia works. She was a Paul and Daisy Soros Fellow, and studied with Peter Maxwell Davies, Samuel Adler, and Robert Beaser at the Juilliard School. For more information, visit paolaprestini.com.

A pianist, composer, educator, and founder of the nonprofit Afro Latin Jazz Alliance, Arturo O’Farrill was born in Mexico and grew up in New York City. As a solo performer, he has appeared with a wide spectrum of artists, including Dizzy Gillespie, Wynton Marsalis, and Harry Belafonte. As a composer, he has been commissioned by YPC, Meet the Composer, Jazz at Lincoln Center, The Philadelphia Music Project, The Apollo Theater, Symphony Space, the Bronx Museum of the Arts, and the New York State Council on the Arts. He is a six-time Grammy Award winner, and his works Afro-Latin Jazz Suite and Three Revolutions won the awards for Best Instrumental Composition in 2016 and 2018 respectively. For more information, visit arturoofarrill.com.

The Haven String Quartet is sought after for both its command on the concert stage and mastery in educational settings. Its four members represent the world’s top conservatories and bring outstanding chamber music performances to New Haven neighborhoods and throughout the region with a full season of concerts, recitals, educational workshops, and performances for diverse audiences in public spaces. The Quartet serves as the permanent quartet-in-residence and teaching faculty for the music education organization Music Haven, and spearheads the organization’s tuition-free strings program for youth, which has been recognized as a top 50 after-school arts program in the country by the President’s Committee on the Arts and Humanities for six years. For more information, visit musichavenct.org.

Tickets priced at $35 (students: $20) are available from artidea.org.

Tickets priced at $25 (students: $15) will be on sale shortly from kaufmanmusiccenter.org.